Leif Garrett net worth: Leif Garrett is an American singer, actor and television personality who has a net worth of $10 thousand. Leif Garrett originally became famous as a child actor, though his later legal and drug abuse troubles have arguably outshined his early career.

Early Life: Garrett was born on November 8, 1961 in Hollywood, California. His father was Rik Nervik and mother, Carolyn Stellar, was an actress. His father was not present for much of his life. Garrett has one sister, Dawn Lyn. The two were interested in acting and got involved in Hollywood from a young age. In order to accommodate for his acting career, Garrett was primarily homeschooled and graduated high school early at the age of 15.

Career: Garrett and his sister booked a number of jobs together, first starring in the horror movie "Devil Times Five" and then in an episode of "Gunsmoke" as well as in "Wonder Woman." For Garrett, his breakthrough role came in "Bob & Carol & Ted & Alice" in 1969. He then landed the role of the main character's son in the three "Walking Tall" movies throughout the 1970s. He also had a recurring role on "Family" as well as "The Odd Couple."

In 1975, Garrett become something of a teenage heartthrob after appearing in the CBS drama, "Three for the Road." His role in the series earned him a lot of attention from young female fans, especially when he began appearing in teenage magazines. Garrett took a break from acting for a while when he began working on his music career but returned in the 1980s. In 1983, he appeared in "The Outsiders" and then in "Thunder Alley" in 1985. He also had roles in "Shaker Run," "Cheerleader Camp," and "Party Line."

He again took a break from acting until the mid-1990s when he appeared in the film "Dominion." In the late 1990s, Garrett hosted "8-Track Flashback" on VH-1. He appeared in several stage productions including "Joseph and the Amazing Technicolor Dreamcoat" and "A Child's Christmas in Wales."

In 2003, he appeared as himself in the film "Dickie Roberts: Former Child Star" and also sang a song on the film's soundtrack. In 2006, he won the grand prize on the celebrity edition of "Fear Factor." In 2008, he was added to the cast of TruTV's "The Smoking Gun Presents: World's Dumbest…". In 2010, Garrett appeared in the fourth season of "Celebrity Rehab with Dr. Drew." The series followed Garrett's addiction to heroin.

In 2019, Garrett released an autobiography entitled "Idol Truth" in which he described some of the chaos in his rise to stardom. He revealed that on some of his early albums, another artist replaced his vocal tracks entirely and even sang for Garrett when he was performing from behind a curtain. 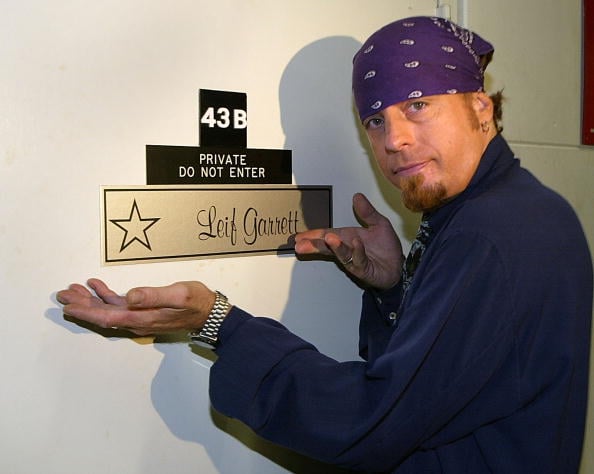 Music Career: In the midst of his acting success, Garrett signed a five-album recording contract with Atlantic Records in 1976. His first album, "Leif Garrett," was  released in July 1977. Each of the four singles from the album charted on the US Billboard Hot 100. He recorded his second album in 1978, with its first single being "I Was Made for Dancin.'" The song became his greatest hit in both the United States and the United Kingdom. He released three more albums in 1979, 1980, and 1981, none of which were as successful as the first two. After the release of his fifth album in 1981, he primarily stopped releasing music, though occasionally would work on a project by providing vocals.

In 1999, he formed the band Godspeed with Christopher Wade Damerst and Michael Scott. The trio broke up soon afterward after having given only a few performances. In 2006, Garrett appeared with the retro act, Original Idols Live!, in Las Vegas. He also did a number of tours beginning in 2010.

Personal Life: Garrett met actress Nicollette Sheridan in the late 1970s and the two dated on and off for five years until 1985. He has dated various co-stars, including Kristy McNichol, Tatum O'Neal, and Justine Bateman. He was in a serious relationship with actress Elaine Bilstad in the 1990s until Bilstad's death in 1999 due to a heart problem.

Garrett's personal life has been full of controversy and scandal, primarily due to his drug abuse problems. He has admitted to beginning using drugs at the age of 14. A few days before Garrett's 18th birthday, he crashed his car while on the way to buy cocaine. His blood alcohol content was three times over the legal limit and he was also high on quaaludes. The passenger in the car, Roland Winkler, was left a paraplegic as a result of the accident. Garrett was tried as a juvenile and his license suspended for a year. Winkler sued Garrett as he claimed Garrett was at fault in the accident. The lawsuit lasted for the next decade and eventually Winkler was paid a settlement of $6 million from an insurance company. The two managed to repair their relationship and remained in contact until Winkler's death in 2017.

Garrett, however, continued struggling with drug and alcohol abuse throughout the 1990s and 2000s. He was arrested for cocaine possession in 1997 and again in 1999 after Garrett allegedly tried to buy drugs from an undercover police officer. The charges were dropped after Garrett attended a rehab program, though he was arrested numerous times afterward for possession of cocaine and heroin in 2004, 2006, and 2010. He has tried to attend a variety of rehab programs. 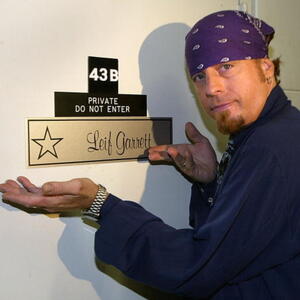