Leela James Net Worth: Leela James is an American musician who has a net worth of $1.5 million dollars. Born in Los Angeles, California, in 1983, Leela James is famous for her soulful R&B and soul tones. Her voice has drawn comparisons to Tina Turner and Aretha Franklin.

James first appeared on the music scene with her debut album, 2005's "A Change Is Gonna Come", which charted at number 148 in the U.S. and at number 42 on the American R&B charts. She has writing credits on the majority of the album's songs, and worked with artists such as Kanye West, Wyclef Jean, and Raphael Saadiq. Between 2005 and 2014, James has released five albums, including "Let's Do It Again", "My Soul", "Loving You More…In The Spirit Of Etta James", and "Fall For You". Her 2010 effort, "My Soul", has been the most successful of her career thus far in the United States, charting at number 37 on the Billboard 200 and breaking into the top ten on the R&B charts. James has lent her pipes to several different acts, working with Pete Rock, appearing on a posthumous Ray Charles release, and recording with Robert Randolph and the Family Band. In 2008, James was nominated for an NAACP Image Award for Outstanding New Artist and a Soul Train Music Award for Best R&B/Soul or Rap New Artist. 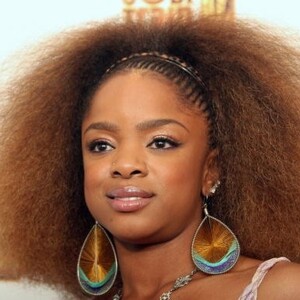