Lee Ryan net worth: Lee Ryan is an English singer-songwriter and actor who has a net worth of $1 thousand dollars. He is best-known for being a member of the English boy band Blue.

Lee Ryan was born in Chatham, Kent, England, and began to focus on performance when he was in his teens. He studied at the Sylvia Young Theatre School and Italia Conti Academy of the Arts. He began his professional performing career in 2000, when he became part of the band, Blue. The group performed together from 2000-2005, selling nearly 14 million albums. They broke up to pursue solo careers, but subsequently got back together in 2009. While performing as a solo artist, Lee Ryan released one solo album, which proved to be moderately successful. He also appeared in the play, "The Pretender Agenda" at New Players Theatre. He attempted to release a second album while with Sony BMG, but the project was dropped. He signed with Geffen Records, but again, his second album was shelved.

On two occasions in 2020, Ryan was caught by police in England driving more than 70 MPH in his Mercedes. The charges were subsequently dismissed but he was ordered to pay roughly $2,000 in court costs. During a virtual court hearing in August 2021, Ryan claimed he was too broke to pay the fine. He informed the court that he was "out of work due to COVID" and "I just don't have the money." 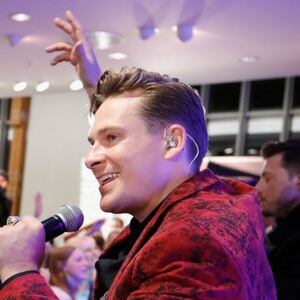