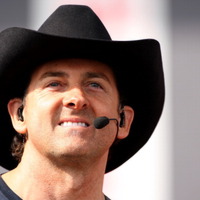 Lee Kernaghan net worth: Lee Kernaghan is an Australian country music singer, songwriter, and musician who has a net worth of $12 million. Lee Kernaghan was born in Corryong, Victoria, Australia in April 1964. He plays guitar and piano and released his debut studio album Family Tradition in 1985. Kernaghan's albums The Outback Club in 1992, Three Chain Road in 1993, 1959 in 1995, Hat Town in 1998, Electric Rodeo in 2002, The New Bush in 2006, Spirit of the Bush in 2007, Planet Country in 2009, Ultimate Hits in 2011, Spirit of the Anzacs in 2015, and The 25th Anniversary Album in 2017 all reached #1 on the ARIA Country Albums chart. Lee Kernaghan won Best Country Album from the ARIA Music Awards in 1993 and 1994 and has been nominated eight other times. In 2008 he was named Australian of the Year. Kernaghan helped raise millions of dollars for Australian drought relief and farmlands.