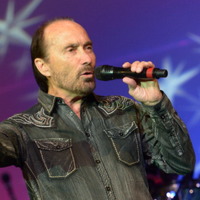 Lee Greenwood net worth: Lee Greenwood is an American country music artist who has a net worth of $10 million. Lee Greenwood was born in Los Angeles, California in October 1942. Greenwood is best known for the single "God Bless the USA" that has become his signature song. He has been active in the music scene since 1962 and has released over 20 albums and had over 35 singles reach the Billboard country music charts. "God Bless the USA" was released in 1984 and reached #16 after the September 11, 2001 attacks. Greenwood has had seven #1 hits included "Going, Going, Gone", "Somebody's Gonna Love Me", "Dixie Road", "Don't Underestimate My Love For You", "I Don't Mind the Thorns (If You're the Rose)", "Hearts Aren't Made to Break (They're Made to Love)", and ""Mornin' Ride". Greenwood started singing in church at seven years old and first appeared on television with the Chester Smith Band. He worked with Del Reeves and formed his first band The Apollos in 1962. Lee was discovered by Larry McFaden in Reno, Nevada. Greenwood was appointed to a six year term to the National Council of the Arts by President George W. Bush in 2008. He built the Lee Greenwood Theater which opened in 1996 for five seasons. Lee is married to former Miss Tennessee USA Kimberly Payne.