Lee Brice net worth: Lee Brice is an American country music singer who has a net worth of $6 million dollars. Lee Brice was born in Sumter, South Carolina, and began playing piano and singing in church, as a child. He also learned to play the guitar, and began writing his own songs while still in elementary school.

A strong athlete, he went on to attend Clemson College on a football scholarship, but subsequently shifted his focus to music after an injury ended his professional football hopes. He began working as a songwriter in 2007, and quickly made a name for himself when he co-wrote Garth Brooks' single, "More Than a Memory". The track was the first country song to ever debut at #1 on the Billboard Country charts. He subsequently signed with Mercury Records, and began releasing his own successful tracks. He has since released two successful solo albums, 2010's "Love Like Crazy" and 2012's "Hard 2 Love". 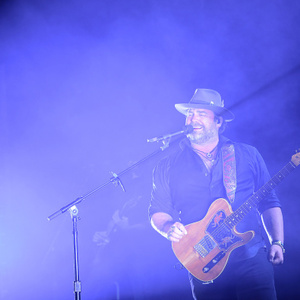