What is Lee Ann Womack's Net Worth?

Lee Ann Womack is an American country music singer and songwriter who has a net worth of $20 million. Lee Ann Womack had her mainstream commercial breakthrough with the hit single "I Hope You Dance" in 2000. She went on to release such albums as "Something Worth Leaving Behind, "There's More Where That Came From," and "The Lonely, the Lonesome & the Gone." Womack has sold over six million albums globally and has won multiple Academy of Country Music Awards.

Lee Ann Womack was born on August 19, 1966 in Jacksonville, Texas as the second of two daughters of a schoolteacher mother and a disc jockey-cum-high school principal father. She displayed an interest in country music from an early age, and would often go to her father's broadcasting studio to help choose records for him to play. Womack went to Jacksonville High School, where she practiced the piano; she subsequently attended South Plains Junior College in Levelland for a year. Following that, Womack enrolled at Belmont University in Nashville, Tennessee as a music business major. One year before graduating, she dropped out.

In 1995, Womack started performing her music at showcase concerts. While performing, she was noticed by someone from Tree Publishing, who went on to sign her to the label. Womack subsequently penned some songs with popular songwriters from Nashville such as Ricky Skaggs and Bill Anderson. Deciding she wanted to have her own career as a country artist, she auditioned at the record company MCA. Womack eventually secured a contract with the company's sister label, Decca.

Womack released her self-titled debut studio album in 1997; it launched the singles "Never Again, Again," "The Fool," "You've Got to Talk to Me," and "Buckaroo." That year, Womack won a number of industry awards, including the Academy of Country Music Award for Top New Female Vocalist. In 1998, after moving to MCA Nashville Records, she released her second album, "Some Things I Know." The album, which was eventually certified Gold in 1999, spawned the hit country singles "A Little Past Little Rock" and "I'll Think of a Reason Later." 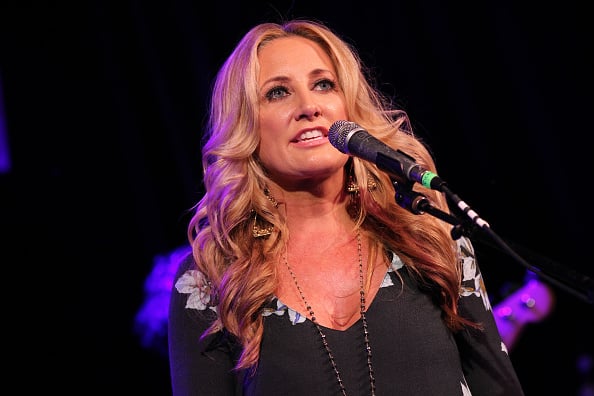 In 2000, Womack broke through to the mainstream with her third album, "I Hope You Dance." The eponymous lead single from the album became a huge crossover hit, reaching number 14 on the Billboard Hot 100 and number one on the Adult Contemporary chart. Other singles from the album were "Ashes by Now" and "Why They Call it Falling." Womack released her next album, "Something Worth Leaving Behind," in 2002. However, the album failed to repeat the success of its predecessor, bringing Womack's career to a brief standstill. She returned later in the year with the Christmas album "The Season for Romance," and recorded the song "Mendocino County Line" with Willie Nelson. The song went on to win the Grammy Award for Best Country Collaboration with Vocals. Womack had another successful collaboration in 2004 with the band Cross Canadian Ragweed on the song "Sick and Tired."

In 2005, Womack released her sixth studio album, "There's More Where That Came From," which emphasized a more traditional country sound. The album went on to win the Country Music Association Award for Album of the Year, with its lead single, "I May Hate Myself in the Morning," winning the prize for Single of the Year. Womack's next album was 2008's "Call Me Crazy," which was supported by the lead single "Last Call."

After leaving MCA Nashville, Womack signed with Sugar Hill Records in 2014. She subsequently released her album "The Way I'm Livin'," which was highly praised by critics and earned two Grammy Award nominations. Further Grammy nominations came for Womack's next album, 2017's "The Lonely, the Lonesome & the Gone," which was released through ATO Records.

Womack has made a number of appearances in public and on television during her career. In late 2000, she performed her signature song "I Hope You Dance" at the Nobel Peace Prize concert. A few years later, she had a brief role on the CBS police procedural television series "The District," and sang the theme song to the PBS animated series "The Berenstain Bears." In 2004, Womack performed "I Hope You Dance" at the Republican National Convention.

On television, Womack has appeared in various specials and series on the CMT network, including "100 Greatest Duets" and "CMT Crossroads." In her other media ventures, she contributed the song "Liars Lie" to the soundtrack of the 2010 film "Country Strong." 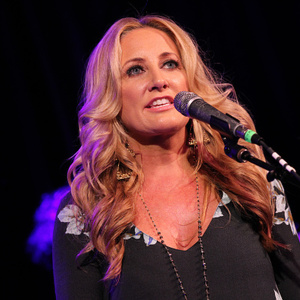