Ledisi Net Worth: Ledisi is an American R&B and jazz recording artist, songwriter, and actress who has a net worth of $1 million. Ledisi was born in New Orleans, Louisiana. She formed the group Anibade in 1995 and then formed LeSun Records with Sundra Manning. Ledisi and Anibade released the album Take Time.

In 2000 her debut solo studio album Soulsinger: The Revival was released. Her second album Feeling Orange but Something Blue in 2002 won Outstanding Jazz Album at the California Music Awards. Her 2007 album Lost & Found earned two Grammy nominations. Her 2009 album Turn Me Loose was nominated for two more Grammy Awards and her 2011 album Pieces of Me debuted in the Top 10 of the US Billboard 200 chart and earned another three Grammy nominations. Ledisi played the role of Mahalia Jackson in the 2014 Martin Luther King, Jr. biopic Selma. She also starred in the movies Leatherheads in 2008 and Leave It on the Floor in 2011. 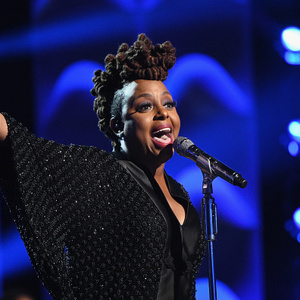