How much is LeCrae Worth?

Lecrae Net Worth: Lecrae is an American Christian hip-hop artist and rapper as well as record producer who has a net worth of $2 million. Lecrae Moore was born October 9, 1979 in Houston, Texas. Best known as simply 'Lecrae', he is the president, co-owner and cofounder of the independent record label Reach Records. He is also the cofounder and president of the nonprofit organization ReachLife Ministries. Lecrae has released six studio albums and two mixtapes as a solo artist, as well as three studio albums, a remix album and one studio album as the leader of the rap group 116 Clique. His third solo album, Rebel, released in 2008, became the first Christian hip-hop album to reach No. 1 on the Billboard Gospel Chart. His album Rehab followed in 2010 and received a nomination at the 53rd Grammy Awards. Other awards and nominations include a nomination for Artist of the Year at the 43rd GMA Dove Awards, and Best Gospel Artist at the 2013 BET Awards as well as two Grammy Award nominations (one of which he won), one Billboard Music Award nomination, fourteen Dove Award nominations (four of which he won), four Stellar Award nominations (one of which he won) and a Soul Train Music Award nomination. Moore's filmography includes appearances in several documentaries and short films, a role in the television film A Cross to Bear and a role as Dr. Malmquist in the comedy film Believe Me. Moore has advocated for the preservation of responsibility and fatherhood as a value among men in the United States and in 2013 partnered with Dwyane Wade and Joshua DuBois in the multimedia initiative 'This Is Fatherhood' as part of the Obama administration's Fatherhood and Mentoring Initiative. 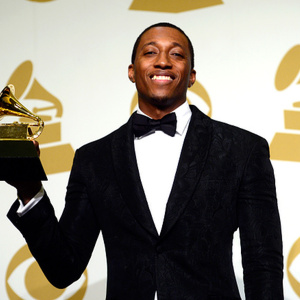