Leanne Lyons net worth: Leanne Lyons is an American singer who has a net worth of $500 thousand. Leanne Lyons was born in The Bronx, New York in 1973. She is best known as a founding member of the R&B group SWV (Sisters with Voices). Leanne's father left when she was 10 years old and her mother had a tough time raising five children.

Leanne was left on her own at 15 years old and moved in with her boyfriend when she was pregnant. At 16 she dropped out of high school and had two children by 17. SWV formed as a gospel group in 1990 and had hits with "Weak", "I'm So Into You", "Right Here/Human Nature", and "You're the One". The group won eight Billboard Music Award and was nominated for a Grammy Award. After having success with SWV many of people suggested she go solo and she was dropped by management as part of SWV. She became very depressed and even suicidal. She worked at a coffee shop and earned her GED before getting back together with SWV for a tour of Japan in 2005. She was part of the WE TV reality series SWV: Reunited. 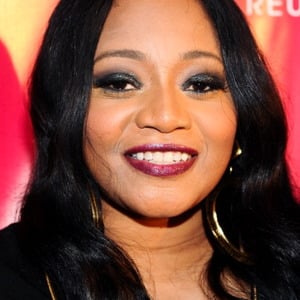