How much is Leah Felder Jenner Worth?

Leah Felder Jenner net worth: Leah Jenner is an American singer-songwriter and reality television personality who has a net worth of $1.5 million dollars. Leah Jenner was born in Malibu, California, and is the daughter of Don Felder, a musician with The Eagles, and the man behind the hit song, "Hotel California", among other tracks. She grew up around music, and began performing in local clubs when she was fourteen. She met Brandon Jenner, son of Bruce Jenner and Linda Thompson when she was in high school, and they formed their own duo called, Brandon and Leah. They released their first full-length album, and a single, both called, "Life Happens", in early 2012. The pair recently married, as well. In addition to performing with Brandon and Leah, Leah Jenner also released a solo Christmas album. She won the "Independent Front Person of the Year Award" at the Los Angeles Music Awards. Brandon & Leah released the EP Cronies in 2013 which reached #16 on the Billboard Independent Albums chart. They also released the EP Together in 2014. The couple previously was in the band Big Dume together. From 2013 to 2014 Leah Jenner appeared on the reality TV series Keeping Up with the Kardashians. She wrote, composed, and starred in the short Vaseline in 2012 and has appeared in the films Joe Killionaire and Murder Inside of Me as well as in the short The Water's Edge. 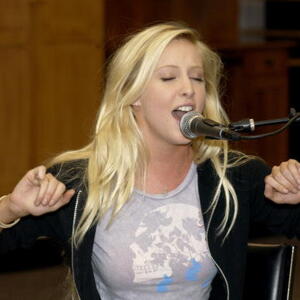