Lea Salonga net worth: Lea Salonga is a Filipina actress and singer who has a net worth of $18 million dollars. Lea Salonga, also known as Maria Lea Carmen Imutan Salonga, was born in Angeles, Pampanga, Philippines, and grew up in Manila. She showed musical talent early, and appeared in professional productions of "The King and I", "Annie", "Cat on a Hot Tin Roof", "Fiddler on the Roof", "Paper Moon", and "The Fantastiks", among other shows.

She also appeared in various movies and television shows, including her own show, "Love, Lea". She participated in the University of the Philippines College of Music's Extension Program while in elementary and high school. She went on to attend college at Antaneo de Manila University, but left the school when she was cast in the original production of "Miss Saigon", just after beginning her freshman year. She went on to win every major acting award for her work in the show, including a Tony, an Olivier, a Drama Desk Award, an Outer Critics Circle Award, and a Theatre World Award. She has gone on to appear in the Broadway, West End, International, and televised productions of "Les Miserables", "Grease", "Into the Woods", and "Flower Drum Song", among other productions. She has also released multiple albums and provided the singing voices for Jasmine in "Aladdin" and Mulan in "Mulan". She is currently a coach on "The Voice of the Philippines". 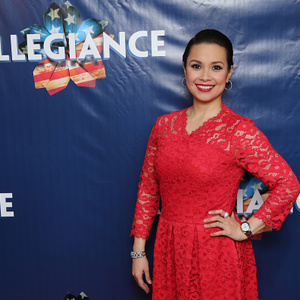