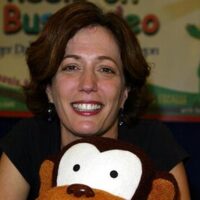 Laura Hall net worth: Laura Hall is an American musician who has a net worth of $500 thousand. Laura Hall was born in Chicago, Illinois. She is best known for being the band leader and pianist of the improvisational television series Whose Line Is It Anyway?. Hall also plays keyboards and guitar. She worked as a pianist for theater and improv companies including The Second City. She has been credited as a musician, composer, actress, producer, and writer. Hall was a composer for the films The Disco Principal and Swimming in Auschwitz as well as for the shorts Libros IV: the Reading Wars, Slice of Pie, and Anatomy of a Breakup. As an actress she appeared in the movie Christmas with the Kranks and in episodes of the TV series The Drew Carey Show. Laura Hall also executive produced the movie Clowns and the shorts Christmas Wish List and Sudden Death!. She is a member of the band The Sweet Potatoes and has recorded children's and Christian rock worship music albums.