Laura Branigan net worth: Laura Branigan was an American singer, songwriter, and actress who had a net worth of $5 million at the time of her death. Laura Branigan was born in Brewster, New York in July 1952 and passed away in August 2004. She was best known for her hit singles "Gloria" and "Self Control". As an actress Branigan starred in the movies Delta Pi and Backstage and appeared in episodes of the TV series ChIPs, Automan, and Monsters. As a singer her debut album Branigan was released in 1982 on Atlantic Records. Her third studio album Self Control was released in 1984 and was certified Platinum. The album reached #23 in the United States and the Top 5 in Germany, Norway, Sweden, and Switzerland.

Branigan released a total of seven studio albums ending with Over My Heart in 1993. Her hit single "Gloria" was certified Platinum and reached #1 in Australia and #2 in the United States. Her other hit single "Self Control" reached #1 in Austria and Germany and the Top 5 in the US, Australia, France, Ireland, and the UK. Branigan's other popular hits include "Solitaire", "How Am I Supposed to Live Without You", "The Lucky One", "Ti Amo", "Satisfaction", "Spanish Eddie", "Hold Me", "I Found Someone", "Shattered Glass", "Power of Love", "Cry Wolf", and "Moonlight on Water". She was nominated for two Grammy Awards and an American Music Award. Laura Branigan passed away on August 26, 2004 at the age of 52 from a cerebral aneurysm. 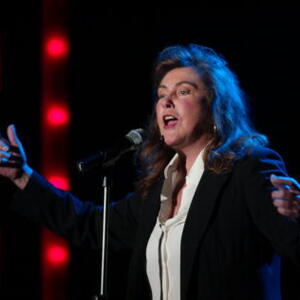