LaTocha Scott net worth: LaTocha Scott is an American singer who has a net worth of $3 million. LaTocha Scott was born on October 2, 1978 in Atlanta, Georgia. She first rose to fame as a member of the R&B girl group Xscape in the 1990s. Prior to joining Xscape, LaTocha was performing in a girl group called Precise.

She was eventually discovered by future Real Housewives of Atlanta star Kandi Burruss who asked LaTocha to join her newest group Xscape. Xscape would go on to release three studio albums and a string of popular singles. LaTocha was one of the writers on all of Xscape's hit records. Also featured in the group was LaTocha's sister Tamika and Tameka "Tiny" Cottle (future girlfriend of rapper TI). After Xscape broke up in 2005, LaTocha launched a solo career. As of May 2013, she is a cast member on the reality TV show "R&B Divas". LaTocha wrote and performed on Trick Daddy's "Thug Holiday" and J-Shin's "One Night Stand". For her work on R&B Divas, she is paid $12,000 per episode. 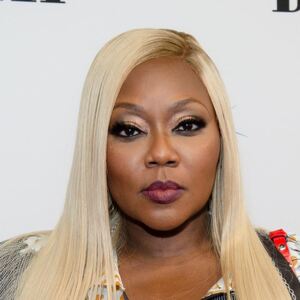