LaShawn Daniels net worth: LaShawn Daniels was an American songwriter who had a net worth of $15 million dollars at the time of his death in 2019. Born in Newark, New Jersey, LaShawn Daniels wrote some of the greatest hits in recent memory. He began working in the recording industry quite young, and went on to produce tracks for artists such as Tyrese, Deborah Cox, and Brian McKnight.

He also wrote and produced two albums for Brandy. In 1999, he began to gain widespread notice with his track, "If You Had My Love", performed by Jennifer Lopez. He also wrote such tracks as "Say My Name" for Destiny's Child, for which he won a Grammy Award; "The Boy Is Mine" performed by Monica and Brandy; "You Rock My World" performed by the late Michael Jackson, "Telephone" performed by Lady Gaga, "It's Not Right (But It's Okay)" performed by the Whitney Houston, "Tell Me" by Melanie B, and "Can't Leave 'Em Alone" by Ciara; among many, many other tracks and albums. Daniels released his debut solo album Tears, Lies, Paradise in 2014. He was featured on songs by other artists including Natalie Wilson & The S.O.P. Chorale, T-Bone, So Plush, Brandy, Gotta Have Gospel, Nelly Furtado, and Erica Campbell. Daniels appeared on the TV series Brandy: Special Delivery in 2002. He and his wife April Daniels have appeared on the reality TV series Tamar & Vince and LaShawn also was a mentor for the series American Idol and appeared on the television series Making The Band 3. Unfortunately, LaShawn Daniels died on September 3, 2019 at the age of 41 as a result of injuries sustained in car accident. 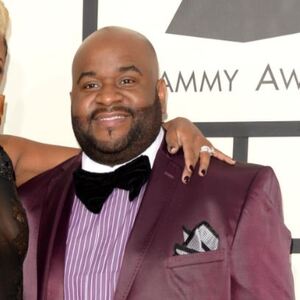