At a young age, Hernández already had musical aspirations. At the age of eight, he would compose his own songs and play them to all of his family members in order to learn from their critiques. Hernández' taught himself how to write and compose songs. Hernandez attended a music school in Culiacán, where he played for a group of musicians who represented Sinaloa called Los Amables del Norte and would soon join the band as their drummer. Performing with Los Amables del Norte gave Hernandez experience playing in front of a crowd, but it was his solo career which ultimately sparked his fame. He released the albums Mil Noches (2002) and Hace un Mes (2008) before rising to mainstream success. Comprised almost entirely of self-written material, 16 Narco Corridos was recorded in a single day and featured vivid depictions of the drug-trafficking culture. 16 Narco Corridos spawned three hit singles (El Querendón y Cajetoso, El Baleado, Pilotos Canabis) and reached No. 4 on the Billboard Top Latin Albums chart. The live album En Vivo: Desde Culiacán followed later in 2009 and included some material not found on 16 Narco Corridos. The album included a new studio recording, Carita de Angel, which was released as a single. En Vivo: Desde Culiacán reached No. 2 on the Billboard Top Latin Albums chart, giving Hernández two albums in the Top Ten at the same time and confirming his status as one of the year's greatest regional Mexican revelations. 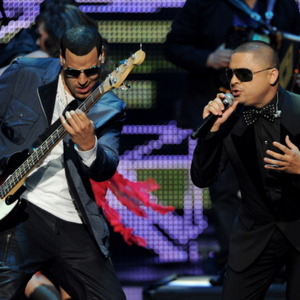