Larry Gatlin net worth: Larry Gatlin is an American country music singer and songwriter who has a net worth of $10 million. Larry Gatlin was born in Seminole, Texas in May 1948. Gatlin is best known for being a member of the band Larry Gatlin & the Gatlin Brothers with his brothers Steve and Rudy.

The band became one of the most successful acts in country music during the 1970s and 1980s. Some of their biggest hits included "All the Gold in California", "Broken Lady", "Talkin' to the Moon", "She Used to Be Somebody's Baby", and "Houston (Means I'm One Day Closer to You)". Larry is known for his rich tenor voice as part of the brothers' three-part harmonies. His debut solo studio album The Pilgrim was released in 1973. Gatlin released 23 albums over his career and the album Straight Ahead in 1979 reached the Top 10 on the US and Canadian Country charts and was also certified Platinum in the United States. He won a Grammy Award for his song "Broken Lady" in 1977 for Best Country Song and he won Top Male Vocalist of the Year at the from the Academy of Country Music in 1979. 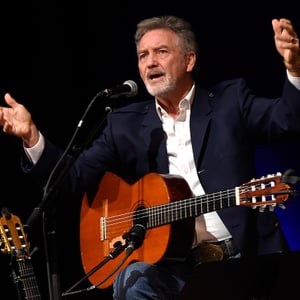