Larry Blackmon net worth: Larry Blackmon is an American singer and musician who has a net worth of $400 thousand. Larry Blackmon was born in New York City, New York in May 1956. He is best known for being the front man of the R&B and funk band Cameo. He started the band East Coast and the New York City Players which were renamed cameo. Blackmon also played drums for the band Black Ivory. Cameo formed in the early 1970s and still perform as of 2015. The band released their debut studio album Cardiac Arrest in 1975. They have had #1 albums on the US R&B chart with their releases Cameosis in 1980, She's Strange in 1984, and Word Up! in 1986. Cameo has released 17 studio albums with their latest album Sexy Sweet Thing being released in 2000. Their most successful single "Word Up!" reached #1 on the US R&B and US Dance charts. Cameo has also had #1 singles on the US R&B chart with the songs "She's Strange", "Candy", and "Loverboy" (with Mariah Carey). Blackmon is known for his signature look of a hi-top fade haircut and a codpiece worn over his pants.

In 2014 Larry was sued by a former landlord for allegedly owing back rent and damaging an Atlanta apartment. The landlord was suing for $16,000 to cover debt and repairs.

Larry began a Vegas residency in 2015.

In October 2018, Larry was sued by his former band mates for allegedly cashing group royalty checks without paying them a cut. They claimed that Larry had cashed over $100,000 in royalties without paying them a dime. They also claimed that Larry was using Cameo's music in his Vegas residency without their permission. The lawsuit demanded he hand over 80% of the live show's profits.

In June 2019, Larry sued his former band mates alleging that they were using the name "Cameo" without his permission for a group that they had formed called "The Original Cameo Family". His lawsuit sought $2 million in damages. 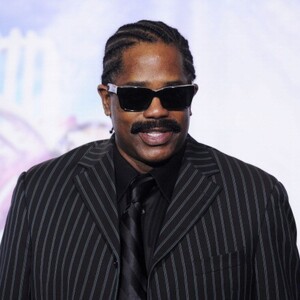