Lari White net worth: Lari White was an American country music artist and actress who has a net worth of $3 million. Lari White was born in Dunedin, Florida in May 1965 and passed away in January 2018. She won the You Can Be a Star talent competition on The Nashville Network in 1988.

White released her debut studio album Lead Me Not in 1993. Her album Wishes was released in 1994 and reached #1 on the US Heatseekers chart and #24 on the US Country chart. Lari White also released the albums Don't Fence Me In in 1996, The Best of Lari White in 1997, Stepping Stone in 1998, Green Eyed Soul in 2004, and My First Affair in 2007. She had many popular singles including "Now I Know" which reached #5 on the US Country chart. As an actress she appeared in the movies The Unholy, Cast Away, No Regrets, and Country Strong. White won three Grammy Awards for Best Southern, Country or Bluegrass Gospel Album. Lari White passed away on January 23, 2018 at 52 years old from peritoneal cancer. 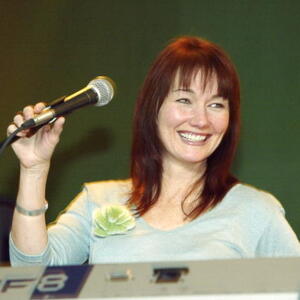