How much is Lara Fabian Worth?

Lara Fabian net worth: Lara Fabian is a Belgian-born singer, producer and songwriter who has a net worth of $16 million. During her career, Lara Fabian has produced songs in Italian, Spanish, Portuguese, Russian, Greek, German as well as English and French. After taking singing, dancing and piano lessons from a very young age, Fabian entered several European competitions, which led to her representing Luxemburg in the Eurovision song contest in 1988. She came forth with the song called Trust, Losing to Celine Dion who represented Switzerland. However, Trust became a massive hit in Europe, selling over 50,000 copies. Moving to Canadian in 1990, Fabian teamed up with Belgian musician Rick Allen to set a record label and publishing company called Production Clandestines. The following year, Fabian released her debut self-titled album, which was certified gold and sold over 100,000 copies in Canada. However her breakthrough album was the 1994 album Carpe Diem, which was certified gold within weeks of its release. The following year Carpe Diem went triple-platinum and Fabian won six Felix awards, including Best Female Singer of the Year, From the late 1990s, Fabian gained international success, producing chart-topping albums and singles in the US, Latin America, France and place of birth Belgium. 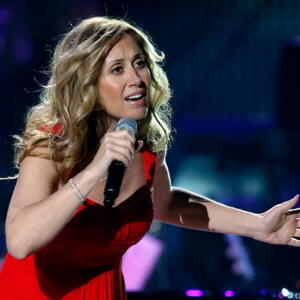