Lana Del Rey Net Worth: Lana Del Rey is an American singer-songwriter who has a net worth of $30 million. She began to gain widespread acclaim in 2011 and has since transformed into a very popular global artist.

Early Life and Career Beginnings: Elizabeth Woolridge Grant was born in Manhattan, New York City, on June 21, 1985, to Robert England Grant, Jr., a copywriter at Grey Group, and Patricia Ann "Pat" (née Hill), an account executive at Grey Group. She is better known by her stage name Lana Del Rey. She has two siblings, a younger sister named Caroline, and a younger brother named Charlie. When Del Rey was one year old, her family moved to the town of Lake Placid in upstate New York, where her father worked for a furniture company before becoming an entrepreneurial domain investor, and her mother worked as a schoolteacher.

As a teenager, she was sent by her parents to the Kent School in Kent, Connecticut, to resolve a budding drinking problem. After graduating from high school, she spent a year living on Long Island with her aunt and uncle, working as a waitress. Her uncle is the one who taught her how to play the guitar, and she began writing her own songs and performing in clubs around the city. In the fall of 2004, Del Rey enrolled at Fordham University, where she majored in philosophy. She produced two EPs under the stage name May Jailer during this time. Del Rey graduated from Fordham with a Bachelor of Arts degree in 2008.

Career: In 2008, she signed with independent label 5 Points, and released an EP through them, followed by a full-length album in 2010 titled "Lana Del Rey AKA Lizzy Grant". She subsequently bought back the rights to her first album, and removed it from online stores. After uploading self-made music videos for her songs "Video Games" and "Blue Jeans" to YouTube in 2011, Del Rey gained wider recognition. In particular, the "Video Games" video became a viral internet sensation. Stranger Records signed her to release the song as her debut single. She then signed a joint deal with Interscope Records and Polydor, and released her studio album "Born to Die" with them in January 2012. The album reached No. 1 in 11 countries, and sold 3.4 million copies in 2012. While the album has been popular, her live performances have been met with disdain from many critics. Lana was especially criticized for an awkward performance on Saturday Night Live in January 14, 2012. In 2012, she also released the Grammy-nominated EP "Paradise", which had the popular songs "Ride" and "Cola".

Del Rey released the album "Ultraviolence" in 2014, which featured ballads like "Pretty When You Cry", "Sad Girl", and "West Coast". It debuted at No. 1 on the Billboard 200, and was certified platinum. She followed this up with the album "Honeymoon" in 2015, which had a darker sound. She described it as a "tribute to Los Angeles", having moved to California in 2012. "Honeymoon" was critically praised, and reached No. 2 on the Billboard 200. To support the album, Del Rey embarked on The Endless Summer Tour in May 2015, which featured artists Courtney Love and Grimes as the opening acts. In 2016, Del Rey collaborated with The Weeknd on his album "Starboy" (2016), providing vocals on the songs "Party Monster" and "Stargirl Interlude". She also co-wrote "Party Monster", which reached the Top 20 on the Billboard Hot 100 chart and was certified double-platinum. 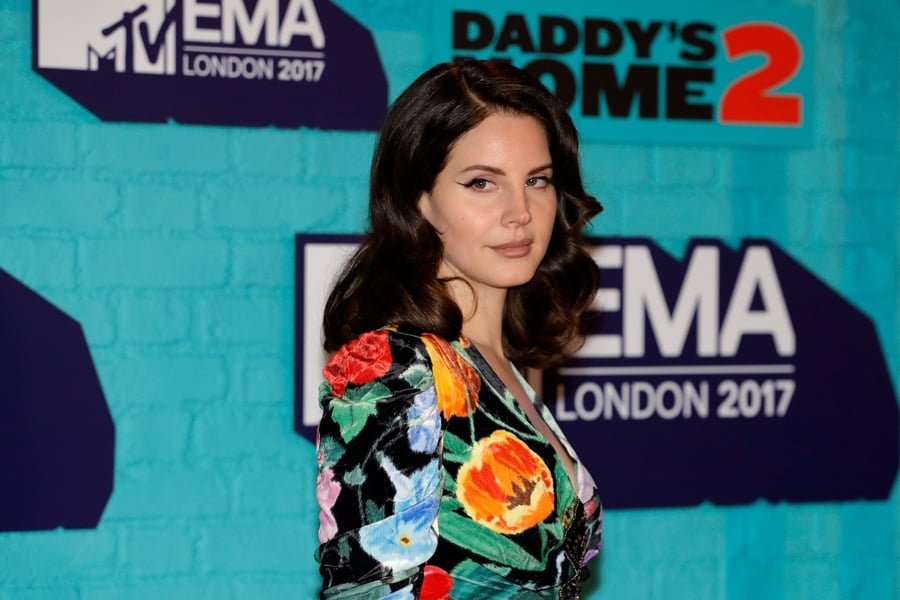 Del Rey's fifth studio album "Lust for Life", was released in July 2017. It featured collaborations with artists like The Weeknd, A$AP Rocky, Playboi Carti, Steve Nicks, and Sean Ono Lennon. This was actually the first time she had featured any other artists on one of her own releases. To support the album, she embarked on the LA to the Moon Tour with Jhené Aiko and Kali Uchis in 2018. Furthermore, it was nominated for Best Pop Vocal Album at the 60th Grammy Awards. Del Rey released her sixth album "Norman F*****g Rockwell" in August 2019, peaking at No. 3 on the Billboard 200. The album received widespread critical acclaim, and was awarded a full five out of five stars by NME. It was also nominated for two Grammy Awards, for Album of the Year and Song of the Year. Other projects Del Rey worked on in 2019 include a cover of "Season of the Witch" for Guillermo del Toro's film "Scary Stories to Tell in the Dark" (2019); the single "Looking for America"; and the song "Don't Call Me Angel", a collaboration with Ariana Grande and Miley Cyrus for the soundtrack of the film "Charlie's Angels" (2019). Other film soundtracks Del Rey has contributed to include the soundtrack for the 2013 film "The Great Gatsby", with the song "Young and Beautiful"; the eponymous theme song and the song "I Can Fly" for the drama "Big Eyes" (2014); and a cover of the song "Once Upon a Dream" for the dark fantasy film "Maleficent" (2014).

Other Projects: Outside of music, Del Rey has modeled for the clothing retailer H&M. She also inspired the luxury handbag brand Mulberry to create a signature handbag, "The Del Rey", which was created for her.

Personal Life: In 2012, Del Rey was the victim of a computer hacking which exposed personal information and previously unreleased songs and material. She was reportedly in a relationship with Sean "Sticks" Larkin, star of the A&E show "Live PD", from September 2019 to March 2020. She has also been romantically linked to rapper G-Eazy, actor James Franco, and Italian photographer Francesco Carrozzini.

Lana's primary residence is a compound in LA that put together in three separate transactions. In 2013 she paid $2.5 million for the first parcel. She then paid $5.9 million total for the two neighboring homes in 2016. Together the compound covers 4-acres in the hills above Beverly Hills. 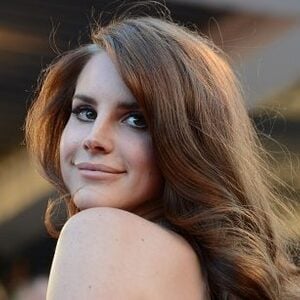