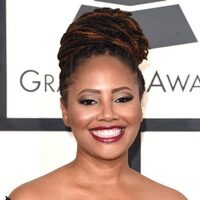 Lalah Hathaway net worth: Lalah Hathaway is an American singer/songwriter who has a net worth of $10 million. Known as the "First Daughter of Soul", Lalah Hathaway gained her net worth through producing several hit songs on the R&B charts. The daughter of Donny Hathaway, she released her debut album (Lalah Hathaway, 1990) under Virgin Records while still a student at the Berklee College of Music. The album produced hits, Heaven Knows (which peaked at number three on the R&B charts) and Baby Don't Cry. Hathaway has worked with respected acts including Mary J. Blige and The Winans, as a songwriter and backing vocalist. She then joined GRP Records, teaming up with jazz legend, Joe Sample for the album, The Song Lives On (1998). The single, The Song Lives On, peaked at number two on the Jazz charts. Hathaway and Sample received the BET On Jazz Award for best mainstream album. At the turn of the century, Hathaway's music continued to be a firm fixture in the R&B charts. Her version of Luther Vandross', Forever, For Always, For Love, was number one on the Adult R&B charts. Her Album, Fourth Portrait (2008), was her most successful album to date, as it peaked at number 6 on the Adult R&B/Hip-Hop chart. In 2011, Hathaway released her latest album, Where it All Begins.