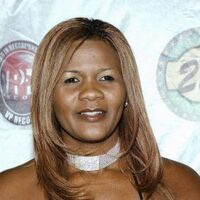 Lady Saw net worth: Marion Hall, better known as Lady Saw, is a Jamaican reggae singer who has a net worth of $500 thousand. Also known as the queen of dancehall, Lady Saw gained her net worth through producing chart-topping hits from a young age. Hailing from Galina Saint Mary, Lady Saw started out singing with local sound systems at the age of fifteen. She caught the attention of record producers and soon recorded her first single, 'Love Me or Lef Me' which received significant airplay. Her breakthrough single, 'If Him Lef' followed and she went on to top the Jamaican charts with 'Good Man'. Since then, she recorded duets with Jamaica's greatest talents, including Beenie Man, Bounty Killer, Dennis Brown and Beres Hammond. Hall was also a big hit in the US, Canada and New Zealand with the 1999 single, 'Smile' featuring Vitamin C. The song made over $500,000 in sales. Her popularity in the US continued when she recorded 'Underneath it All' featuring No Doubt. The track earned Hall her first Grammy Award for Best Performance by a Duo. Hall is the first female deejay to win a Grammy award. In 2010, she launched her own record label called Diva Records.