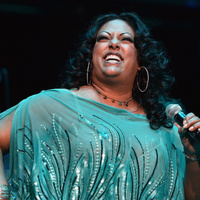 La India Net Worth: La India is a Puerto Rican singer of salsa and house music who has a net worth of $4 million. Linda Viera Caballero (aka 'La India' aka 'India') was born March 9, 1969 in Rio Piedras, Puerto Rico. She is also known by the title 'La Princesa de la Salsa' (The Princess of Salsa). India's parents moved to New York City soon after her birth and settled in the South Bronx area in the same house with India's grandmother, a woman who was an important influence on India's life. Her stage name, India, was in fact given to her by her grandmother because of her granddaughter's dark features and long, straight, black hair. At the age of 14, India was one of the founding members of TKA, a Latin freestyle group. Shortly after their first single Come Get My Love was released, India left the group to sign a solo contract with Reprise/Warner Bros. Records, who planned to market her as the Latin 'Madonna'. Soon after her first Reprise album Breaking Night was released, India decided she was not on board with the route her career was taking. In 1992, Eddie Palmieri produced Caballero's first Spanish-language salsa album Llego la India, which was acclaimed as one of the best salsa albums of the year. From that point on, Caballero became known to all as 'India' and she was now a hot commodity. India received a Lo Nuestro Award nomination in 1993 for Best Female Performer, Tropical/Salsa. In 1994, together with Louie Vega, India recorded the house-music single Love and Happiness (Yemaya y Ochún), which paid tribute to Santería (a syncretic religion based in the Caribbean). This upbeat house track was played heavily in dance clubs internationally. India's involvement with Santería drew much criticism during this time. She later recorded Dicen Que Soy (They Say that I Am) which was a 2x gold-certified Billboard hit and included the song Vivir Lo Nuestro, a duet with Marc Anthony. During the 2000s she continued to rack up more awards and hits. La India continues to record and perform today. In 2014, India once again signed with the record label Top Stop Music, joining the Salsa Giants project with Sergio George.