What is Kylie Minogue's net worth?

Kylie Minogue is an Australian singer-songwriter, actress, designer, producer, author and businesswoman. Kylie Minogue has a net worth of $120 million dollars. She is the best-selling Australian solo artist of all time. After initially receiving attention for her role on the soap opera "Neighbours," she shot to fame in the late 80s and early 90s as a dance-pop recording artist. Among Minogue's hit singles are "Locomotion," "Hand on Your Heart," "Slow," and "Can't Get You Out of My Head."

Kylie Minogue was born in 1968 in Melbourne, Australia. Her mother, Carol, is a former ballet dancer, while her father, Ronald, is an accountant at a family-owned auto company. Minogue is the eldest of three siblings, and is of Irish and Welsh ancestry. The family frequently moved around Melbourne when Minogue was young; when they settled in Surrey Hills, she attended Camberwell High School.

In 1979, Minogue was given a small part in the soap opera "The Sullivans," and in 1980, she had another tiny role in the soap opera "Skyways." A bigger part came in 1985, when Minogue landed a leading role on "The Henderson Kids"; however, she was dropped from the second season. The following year, Minogue had her true breakthrough role in the soap opera "Neighbours," playing schoolgirl-turned-garage mechanic Charlene Mitchell. The show was hugely popular in the UK, drawing 20 million viewers for its famous wedding episode.

For a Fitzroy Football Club benefit concert, Minogue performed a duet of "I Got You Babe" with "Neighbours" costar John Waters, and sang "The Loco-Motion" as her encore. Minogue was subsequently invited by producer Greg Petherick to record a demo of the latter track. In 1987, after the demo was sent to Michael Gudinski of Mushroom Records, Minogue signed on with the label. Her song debuted as a single in the summer of 1987; topping the Australian singles chart for seven consecutive weeks, it became the best-selling single of the 80s. Due to this success, Minogue went to London to work with the producing group Stock Aitken Waterman.

In the summer of 1988, Minogue released her debut album, the self-titled "Kylie." It spent over a year on the UK albums chart, and eventually became the best-selling album of the decade by a female recording artist. Further, the album went gold in the US, with the single "The Locomotion" hitting number three on the Billboard Hot 100. Another single, "Got to Be Certain," reached number one in Australia. Following this, Minogue released her second album, "Enjoy Yourself," in 1989; it produced the hit singles "Hand on Your Heart and "Tears on My Pillow."

Minogue put out her third album, "Rhythm of Love," in 1990. Although not as commercially successful as its predecessors, it spawned the hit singles "Step Back in Time," "Better the Devil You Know," and "Shocked." In 1991, Minogue released "Let's Get to It," her fourth album. Despite being her first album to not make the top ten, it produced the successful singles "If You Were with Me Now" and "Give Me Just a Little More Time." Following this, Minogue put out her first "Greatest Hits" album, which reached number one in the UK.

After signing with Deconstruction Records in 1993, Minogue released her fifth album, the self-titled "Kylie Minogue." Peaking at number four on the UK albums chart, it spawned the singles "Confide in Me," "Put Yourself in My Place," and "Where is the Feeling?" Minogue's final album in the 90s, 1997's "Impossible Princess," featured contributions from musicians such as Sean Moore and James Dean Bradfield. 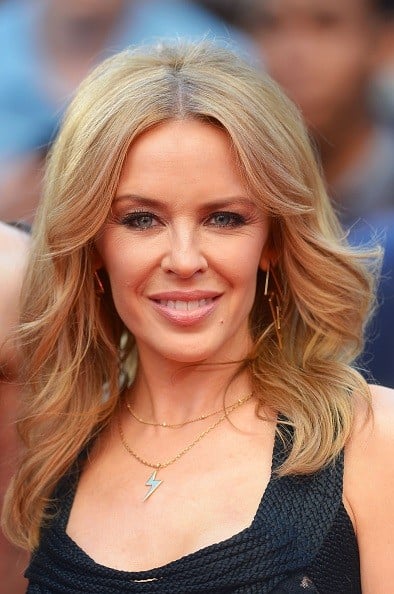 In 2000, Minogue released her seventh studio album, "Light Years"; a commercial success, it became the artist's first album to hit number one in Australia, and produced the hit singles "Spinning Around," "Please Stay," "Kids," and "On a Night Like This." The following year, Minogue's album "Fever" launched the track "Can't Get You Out of My Head," which became Minogue's most successful single ever after selling five million copies and hitting number one in more than 40 countries. In 2003, she earned her first Grammy Award nomination for Best Dance Recording for "Love at First Sight"; the next year, she won the award for "Come into My World."

Minogue's subsequent albums included "Body Language," which spawned the singles "Slow" and "Chocolate"; "Ultimate Kylie," another greatest hits album; and "X," which featured the contributions of such artists as Calvin Harris and Guy Chambers. "X" produced the singles "Wow" and "In My Arms," and was nominated for the Grammy for Best Electronic/Dance Album. Later albums have included 2010's "Aphrodite," 2014's "Kiss Me Once," 2018's "Golden," and 2020's "Disco."

On the big screen, Minogue made her acting debut in 1989's "The Delinquents." In 1994, she appeared in the action film "Street Fighter," and in 2001, had a cameo as the Green Fairy in the musical "Moulin Rouge!" A decade later, Minogue appeared in the romantic horror film "Jack & Diane," and had a significant role in the French fantasy "Holy Motors." Subsequent film credits include the disaster film "San Andreas" and the Australian dramedy "Swinging Safari."

From 1989 to 1991, Minogue was dating Michael Hutchence, the frontman of rock band INXS. Later, she was in a relationship with French photographer Stéphane Sednaoui. Starting in 2018, she began seeing British GQ creative director Paul Solomons.

In 2005, Minogue was diagnosed with breast cancer. She was hospitalized in Melbourne, and underwent surgery and chemotherapy. Following this, she announced that the disease had no recurrence.

Beyond her musical and acting career, Minogue has been heavily involved in philanthropy. In 1989, she contributed to a recording of "Do They Know it's Christmas?" to raise money for anti-famine efforts in Ethiopia. In the 2010s, she helped raise money for Haiti earthquake relief, and in 2020, donated $500,000 to help firefighting efforts related to the Australian bushfires. Minogue's other philanthropic pursuits have focused on helping abused children, funding research for AIDS, and raising money and awareness for cancer research.

Kylie owns a number of homes in her native Australia, but the most valuable asset in her property portfolio is an apartment in London's ultra-exclusive One Hyde Park development. This one apartment alone is estimated to be worth north of $25 million. 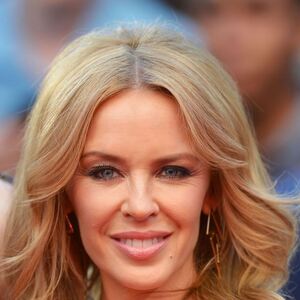