Krystal Jung net worth: Krystal Jung is an American singer and actress who has a net worth of $14 million. Krystal Jung was born in San Francisco, California in October 1994. She is known for being a member of the groups f(x) and S.M. The Ballad. The girl group f(x) formed in 2009 and released their debut studio album Pinocchio in 2011 which reached #1 in Korea. Their album Pink Tape was released in 2013 and reached #1 in Korea and on the US World chart as did their 2015 album 4 Walls. Their album Red Light was released in 2014 and also reached #1 in Korea. The group S.M. The Ballad released the albums Miss You in 2010 and Breath in 2014 which both reached #1 in Korea. As an actress Krystal Jung has starred in the film Unexpected Love and in the TV series High Kick: Revenge of the Short Legged, The Heirs, My Lovely Girl, The Bride of Habaek, Prison Playbook, Player, and more. She is the sister of Jessica Jung. 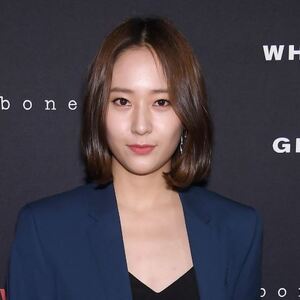