Kristinia DeBarge Net Worth: Kristinia DeBarge is an American singer, songwriter, dancer and actress who has a net worth of $2 million dollars. Kristinia DeBarge was born March 8, 1990 in South Pasadena, California. She is the daughter of singer James DeBarge. She began singing when she was 3 years old, but did not begin to take it seriously until she was 12.

When she was 12, her father took her into a recording studio where they worked until 4 a.m. recording a duet titled "How I Feel Inside", which made her father realize that she was serious about beginning a singing career. During the summer of 2003 she was a contestant on the "American Idol" spin-off, "American Juniors". DeBarge progressed to the semifinal round of twenty contestants. She was featured in the first group of ten semifinalists and sang the song "Reflection" from the Disney movie "Mulan". At 14, DeBarge was introduced to Kenneth "Babyface" Edmonds. She worked with him for five years and, two days before her nineteenth birthday, signed to a new division of Island Def Jam Records founded by Edmonds and Jeff Burroughs called Sodapop Records. DeBarge's first single "Goodbye" off her debut album "Exposed" was released in April 2009. That same year, DeBarge also opened up for Britney Spears on her "The Circus: Starring Britney Spears" tour. In September 2012, DeBarge released her single "Cry Wolf" from her album "Young & Restless". DeBarge started working on her third studio album in March 2014. 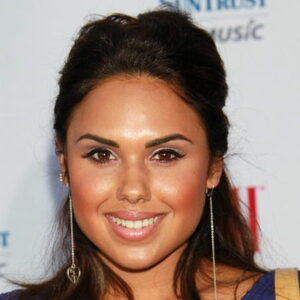