Kris Kristofferson Net Worth: Kris Kristofferson is a retired American singer, songwriter, and actor who has a net worth of $160 million. Kristofferson has released a number of hits over the years, although he has also lent his songwriting talents to a number of artists over the years. Angles like "Sunday Mornin' Coming Down," "For the Good Times," and "Help Me Make It Through the Night" were all written by him. Kris is also known for joining the Highwaymen, a band that consisted of Waylon Jennings, Willie Nelson, Johnny Cash, and Kristofferson. In 2004, he was inducted into the Country Music Hall of Fame.

Outside of music, Kristofferson is known for his successful acting career. He has appeared in movies like "Blume in Love," "A Star is Born," "Lone Star," and the "Blade" film trilogy. He earned a Golden Globe Award in 1976 for his performance in "A Star is Born." He officially retired in 2021 at the age of 85.

Early Life: Kristoffer Kristofferson was born on June 22nd of 1936 in Brownsville, Texas. He was raised in a family with Swedish, Swiss, and various other European heritage. Kris grew up as a military brat, as his father was a US Army Air Corps officer who would later reach the rank of US Air Force major general. As a result of this upbringing, Kristofferson was encouraged to pursue a military career from an early age.

Kris then obtained a scholarship to Oxford University, allowing him to study at Merton College. Once again he continued his athletic pursuits, competing in boxing and rugby. During these later college years, he started writing poetry and songs. He also began to record his first records with Top Rank Records. By 1960, he had graduated with a Bachelor of Philosophy in English Literature. Many years later, he was given an honorary doctorate in fine arts from Pomona College.

Although Kris was already venturing into the music industry, he allowed himself to be pressured into joining the military by his family. After leaving Oxford, he joined the US Army and became a second lieutenant. He then became a helicopter pilot, completed Ranger School, and was stationed in West Germany. He would eventually reach the rank of captain. During these years, Kris still managed to form a band and play music. After his tour ended, he was given the opportunity to teach English literature at West Point, but he decided to pursue a songwriting career instead. As a result, his family disowned him.

Career: After leaving the military in 1965, Kristofferson was finally free to pursue his musical career. It wasn't easy at first, and he had to work a variety of odd jobs to make ends meet. Before he reached success, he and his first wife ended up getting a divorce. He got a job as a janitor at Columbia Recording Studios in Nashville, and he met June Carter while sweeping floors. He asked her to give his demo tape to Johnny Cash, which she did. However, Cash didn't listen to it. He also worked as a helicopter pilot during this time, which gave him the opportunity to land a helicopter in Cash's front yard. Finally, he managed to get Cash's attention, and the star finally listened to Kristofferson's tape.

Cash decided to record a song that Kris had written called "Sunday Mornin' Coming Down," which marked the start of Kristofferson's career as a songwriter. Soon enough, other singers such as Dave Dudley were recording other songs written by Kris, including "Viet Nam Blues." During this period, Kristofferson also tried to release his own songs, although they were not as successful as his songs that were performed by other artists. 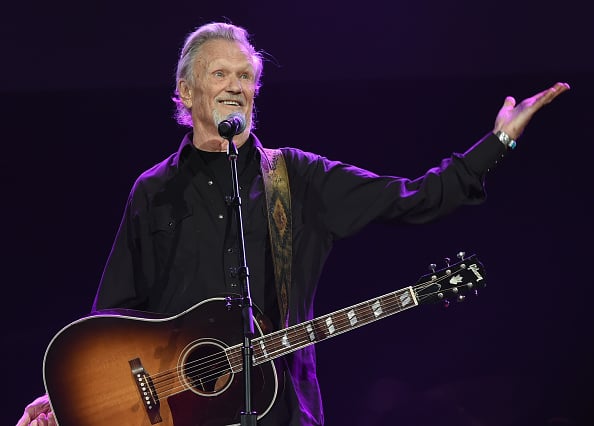 More Kristofferson-penned singles started to hit the airwaves over the next few years, including "Jody and the Kid" by Roy Drusky and "Once More with Feeling" by Jerry Lee Lewis. His songs continued to be highly popular throughout the 1970s. In 1971, Kris released the album "The Silver Tongued Devil and I," which was his first success story as a recording artist.

After this success, Kris ventured towards film for many years, appearing in movies like "Blume in Love," "A Star is Born," and "Alice Doesn't Live Here Anymore." This film career would continue for many years, and in the 2000s he popped up once again in the "Blade" film franchise. He also continued to move forward with his music career, eventually collaborating with artists like Willie Nelson and Dolly Parton in the 80s and beyond. In 2013, he released a new album called "Feeling Mortal."

Relationships: In 1961, he married his longtime girlfriend, Frances Mavia Beer, although they eventually obtained a divorce. Kristofferson then dated Janis Joplin, who died in 1970. In 1973, he married singer Rita Coolidge. This marriage lasted for seven years before ending in divorce in 1980. His current wife is Lisa Meyers, who he married in 1983. Ver the course of these relationships, Kristofferson has had eight children.

Medical Issues: In 1999, Kris underwent successful bypass surgery. He then suffered from a mysterious illness from 2004 to 2015 which was later determined to be Lyme disease. At one point, he had been diagnosed with Alzheimer's disease. In order to treat the Lyme disease, he underwent antibiotic treatments in California.

Real Estate: Kristofferson owns a home in Los Flores Canyon in Malibu, and they own a second home on the island of Maui in Hawaii. 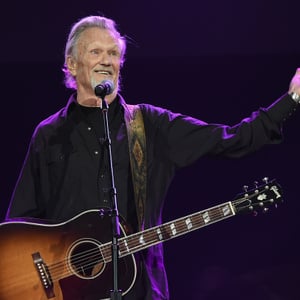