Kris Allen net worth: Kris Allen is an American musician and singer-songwriter who has a net worth of $3.5 million dollars. A singer-songwriter, Kris Allen was the season eight winner of "American Idol". His first album post-Idol, "Kris Allen", charted at #11 and included the Top 20 single, "Live Like We're Dying". Kristopher Neil Allen was born in Jacksonville, Arkansas in June 1985.

He is best known for being the winner of the eighth season of American Idol. He started playing viola in elementary school and won a spot in the Arkansas all-state orchestra in high school. He started playing guitar at 13. He had opened up for another American Idol contestant Sean Michel before trying out for the show. He decided to try out for Idol as one last hurrah before giving up music as a career. He dropped out of college to pursue being a professional musician. He self-produced his album Brand new Shoes in 2007. In 2009 he tried out for American Idol and ended up winning the competition in what some call an upset over runner-up Adam Lambert. He signed with Jive Records and his debut album Kris Allen was released in 2009 and debuted at #11 on the Billboard 200 chart. His singles "No Boundaries" and "Heartless" both made the top 20 of the Billboard Hot 100 chart. His second album Thank You Camellia was released in 2012. Kris married Katy O'Connell, his high school sweetheart in 2008. The couple has a son Oliver Neil Allen. 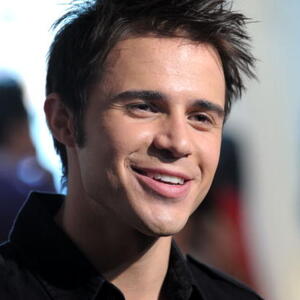