Korey Cooper net worth: Korey Cooper is an American musician and singer who has a net worth of $12 million. Korey Cooper was born in Kenosha, Wisconsin in July 1972. She is best known for being the keyboardist and guitarist as well as backing vocalist for the Christian rock band Skillet. In 1996 her husband John Cooper formed Skillet with Ken Steorts.

Korey Cooper joined in 1999 and the band's 2009 album Awake and 2013 album Rise both reached #1 on the Christian charts. Awake reached #2 while Rise reached #1 on the US Rock charts and Rise also hit #4 on the Billboard 200 chart. Skillet has had #1 singles with the songs "Hey You, I Love Your Soul", "Locked in a Cage", "Best Kept Secret", "You're Powerful", "Alien Youth", "Savior", "Rebirthing", "Whispers in the Dark", The Older I Get", "The Last Night", "Comatose", "Those Nights", "Hero", "Awake and Alive", "Forgiven", "Sick of It", "American Noise", "Not Gonna Die", and "Rise". Skillet has sold more than 2 million albums in the U.S. and Cooper is the only remaining original member. They have also been nominated for two Grammy Awards. 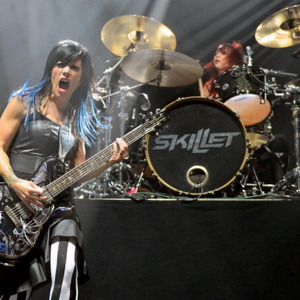