Klaus Meine Net Worth: Klaus Meine is a German vocalist who has a net worth of $75 million. Klaus Meine was born in Hannover, Germany in May 1948. He is best known for being the lead singer of the rock band Scorpions. Scorpions formed in 1965 and Meine was actually the band's fifth lead singer. 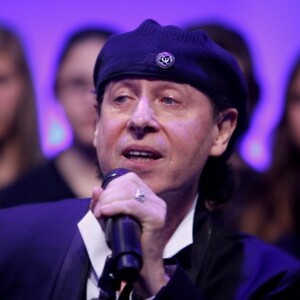