Kip Moore Net Worth: Kip Moore is an American country music singer-songwriter who has a net worth of $4 million. Kip Moore was born in Tifton, Georgia in April 1980. He started playing guitar while he studied at Wallace State Community College. After college he moved to Hawaii and started surfing and backpacking. In 2004 he moved to Nashville, Tennessee and was signed to a publishing deal. Kip worked as a manager at Abercrombie & Fitch for four years before he signed with MCA Nashville. His first single was "Mary Was the Marrying King" in 2011 and hit #45 on the US Country chart. His second single "Somethin' Bout a Truck" was certified Platinum in the US and hit #1 on the US Country and #29 on the Billboard Hot 100 charts. Moore's debut studio album Up All Night was released in April 2012. The album reached #3 on the US Country chart and #6 on the Billboard 200. His single "Beer Money" was certified Gold and hit #1 on the Canadian country chart and #7 on the US Country chart. His 2013 single "Hey Pretty Girl" reached the top 10 on the US and Canadian country charts and was certified Gold in both countries. Kip's other singles include "Young Love" in 2013 and "Dirt Road" in 2014. He was nominated for three American Country Awards and a CMT Music Award. 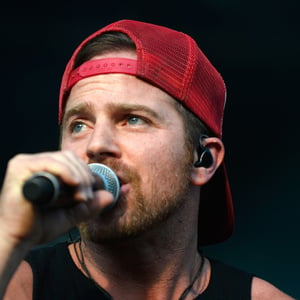