Kimbra Net Worth: Kimbra is a New Zealand recording artist who has a net worth of $3 million. Kimbra Lee Johnson was born in Hamilton, New Zealand in March 1990. She started writing songs at the age of 10 and her father bought her a guitar at 12. She won 2nd place at the 2004 Rockquest competition.

She won a Juice TV award for Best Breakthrough music video in 2007. In 2011 Kimbra's debut studio album Vows was released. The album was certified Platinum in Australia and New Zealand. It reached #4 on the Australian charts, #3 in New Zealand, and #14 in the United States. The album contained the singles "Settle Down", "Good Intent", and "Warrior". Vows was released in 2012 in the United States and Europe. In 2011 Kimbra was featured on Gotye's hit single "Somebody That I Used to Know". The single was certified 11x Platinum and reached #1 in Australia, Austria, Belgium, Canada, Germany, Ireland, New Zealand, the U.K., and the U.S. The pair won Grammy Awards for Record of the Year and Best Pop Duo/Group Performance at the 55th Annual Grammy Awards in 2013. Kimbra became just the third singer from New Zealand to win a Grammy Award. Her second album The Golden Echo is scheduled to be released in 2014 and features the single "90's Music". As a solo artist Kimbra has won two ARIA Awards, six New Zealand Music Award, and a Rolling Stone Award. 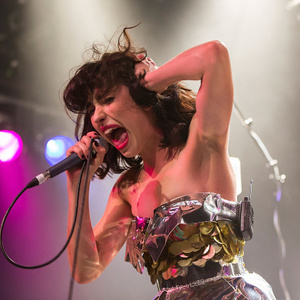