Kimberly Caldwell Net Worth: Kimberly Caldwell is an American singer, actress, and television hostess who has a net worth of $4 million. Kimberly Caldwell has obtained her net worth through her many successes as a singer and an actress. Born Kimberly Ann Caldwell on February 25, 1982, in Katy, Texas, US, she first came to widespread fame as the seventh place finalist on the second season of American Idol.

Caldwell first began singing at the age of five and went on to perform in pageants, working her way up to The Grand Ole Opry and Star Search (where teenaged Caldwell was a five-time junior vocalist winner). Following a hiatus for a few years, she came back to singing, starting with local venues and eventually landing appearance on the WB television network's Popstars: USA talent program in 2001. Shortly, she got dismissed from the show being told that she would do better as a solo artist. Two years later, she became one of the American Idol contestants and showcased her raspy, powerful vocals with performances of Melissa Etheridge's Come to My Window and Martha & the Vandellas' Nowhere to Run. After her elimination from the singing competition, Caldwell graced the pages of Maxim magazine's August 2003 issue and started hosting various TV shows, including Fox Sports' 54321 and Idol Tonight. In addition, she ventured into acting, making turns in movies like the horror-thriller Wrong Turn 2: Dead End (2007). Meanwhile, she began working on her long-delayed debut album with Diane Warren and Randy Jackson, as well as made various TV appearances. It was in 2011 when her first album titled Without Regret came to light. 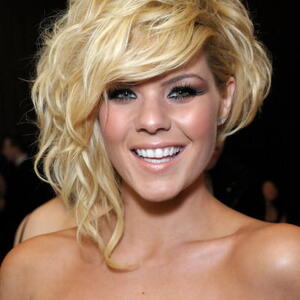