How much is Kimberley Walsh Worth?

Kimberley Walsh was born on November 20th, 1981 in Bradford, West Yorkshire, England Although she acted on various TV commercials as a child, she had another fate in store. During most of her childhood, she joined productions of the theater school 'Stage 84' for several years. She also starred as the younger version of Cosette in the West End production of Les Miserables. She had her big break after competing against thousands of hopefuls to join the ITV1 reality talent show "Popstars: The Rivals," Kimberley Walsh made it to the top fifteen and eventually became a member of the girl group called "Girls Aloud." The group beat the boy band and their first single entitled "Sound of the Underground" became the UK Christmas No.1 Single in 2002. Since then, Kimberley Walsh and her 4 band mates have released several albums, including "Sound of the Underground," "What Will the Neighbours Say?," "Chemistry," "The Sound of the Girls Aloud: Greatest Hits," "Tangled Up" and "Out of Control." She co-hosted the 25 August 2006 episode of The Friday Night Project with Cheryl Cole and Sarah Harding, on which she did an impression of Pop Idol and X Factor judge Simon Cowell. In 2009, Kimberley Walsh along with 8 other celebrities attempted to climb Mount Kilimanjaro to raise money for Comic Relief. In 2011, she took over from Amanda Holden as Princess Fiona in the The West End production of Shrek the Musical. In January 2011, she was revealed as the new face of Puma AG BodyTrain fitness toner wear and in May 2011, she was named as the face of Right Guard's Xtreme Dry Range. . 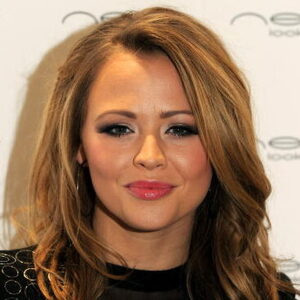