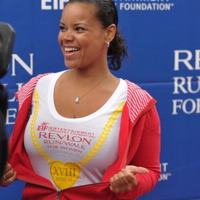 Kimberley Locke net worth: Kimberley Locke is an American model and singer-songwriter who has a net worth of $500 thousand. Born in Hartsville, Tennessee on January 3, 1978, Locke is known for her television debut on the 2003 season of American Idol. She placed third in the competition, following Clay Aiken and champion Ruben Studdard. She became active in the music industry following American Idol in 2003 and began modeling in 2005. In 2007 she appeared in the series Celebrity Fit Club. Locke gains much of her musical inspiration from artists such as Whitney Houston, Janet Jackson, Diana Ross and more. She began singing in church when she was a child and later attended Gallatin High School where she participated in the school's performance group, which led her to be selected for All-Middle State Chorus. She attended Belmont University in Nashville. Her first record deal was with Curb Records, followed by Randy Jackson's label, Dream Merchant 21 in 2010 until 2011, and she is currently signed with I AM Entertainment. Locke was nominated in 2005 for Female Adult Contemporary Artist of the Year at the New Music Awards. In 2003 she was nominated as Choice Reality/Variety Star, and in 2004 her single, "8th World Wonder," was nominated as Favorite Love Song at the Teen Choice Awards.