Kim Zolciak net worth and salary: Kim Zolciak is a reality television personality and singer who has a net worth of $3 million. Kim Zolciak is most widely known for appearing on the Bravo reality series "The Real Housewives of Atlanta" and the spinoff "Don't Be Tardy."

Early Life: Kimberleigh Marie Zolciak was born May 19, 1978, in Pensacola, Florida, but spent her childhood in Windsor Locks, Connecticut. She was raised in a military family and is the daughter of Joseph and Karen. She has one brother, Michael. The siblings were raised Roman Catholic. When Kim was 17, she had an affair with a police officer. He had interviewed her as a witness in a criminal investigation. The officer was fired, but later only served a 45-day suspension without pay. Zolciak attended East Catholic High School in Manchester, Connecticut, and the University of Connecticut. She studied nursing. After graduating, at the age of 21, Kim moved to Atlanta where her parents had moved.

Entertainment Career: Kim joined "The Real Housewives of Atlanta" on October 7, 2008, and has been appearing on Bravo-related television ever since. In year four, Zolciak and her then-fiance were the subjects of a new spinoff show about their life getting ready for the wedding, "Don't Be Tardy for the Wedding." Kim left "The Real Housewives" in the midst of season five. Her final episode aired in December 2012. "Don't Be Tardy" has run for seven seasons with season eight set to air in July 2020. Zolciak returned as a recurring role to "The Real Housewives" for season 10. Kim was scheduled to star in a new Bravo reality show, "NeNe and Kim: The Road to Riches" with NeNe Leakes (a fellow "Real Housewives" cast member) but the network decided not to move forward with it. Zolciak appeared in season 21 of "Dancing With the Stars." Her partner was dancer Tony Dovolani. However, she withdrew in September 2015 due to suffering a transient ischemic attack which prevented her from being able to fly.  She has also made guest appearances on "The Wendy Williams Show" and "The Ellen Degeneres Show." 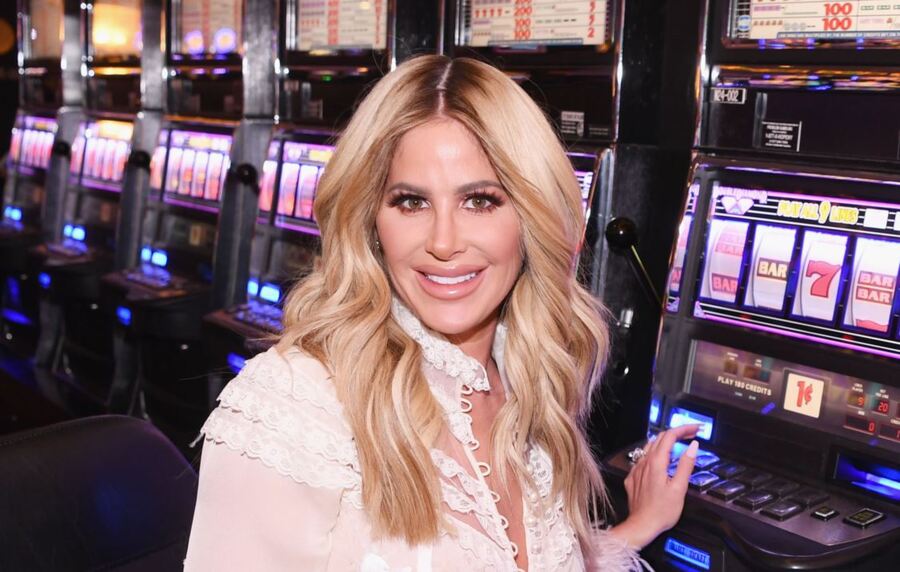 Music Career: Kim began working on a country music album in 2008. The title of "Don't Be Tardy," the spinoff show, comes from Kim's attempt to launch a legitimate music career. Her first single, dance track "Tardy for the Party," premiered on the "Wendy Williams Show" and was written and produced by Kim's fellow housewife, Kandi Burruss. She promoted the single through a small club tour and even performed at the 2010 White Circuit Party in Palm Springs. The song was listed in the top ten dance charts of iTunes for a brief period. Kim Zolciak has recorded other singles, such as "Google Me," which she dedicated to her ex, Big Poppa, and "Ring Didn't Mean a Thing." In 2013, Burruss filed suit against Kim for profits earned from Tardy for the Party. Burruss's attorney alleges her client wrote the song for Zolciak and that Zolciak released and sold it without Burruss's permission. Burruss also sought a temporary restraining over to prevent future sales.

Personal Life: Kim is the mother of six children. She has two daughters from previous relationships, Brielle Karenna (b. 1997) and Ariana Lenee (b. 2001). From 2001 to 2003, Kim was married to Daniel Toce. On November 13th, 2011, Kim married NFL star Kroy Biermann. The two met in May 2010 at an Atlanta charity fundraiser dancing event that was filmed for an episode of "The Real Housewives." The two have four children together: Kroy Jagger (b. 2011), Kash Kade (b. 2012), and twins Kaia Rose and Kane Ren, born November 2013. In July 2013, Biermann officially adopted Kim's daughters from her previous relationships. The couple currently stars on "Don't Be Tardy" and the show follows the life of Kroy and Kim as well as their children. 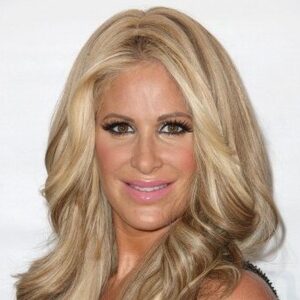