Kim Wilde net worth: Kim Wilde is a singer, songwriter, author and television presenter who has a net worth of $20 million. Kim Wilde has earned her net worth through her recordings, song compositions and as the author of two books on landscaping titled "Gardening with Children" and "The First-Time Gardner". Wilde's first single was released in the UK and hit #2 on the best singles list. The song was written by her father Marty Wilde and her brother Ricky Wilde. In 1980 Kim Wilde signed a contract with RAK Record Company and in 1981 released her first album "Kim Wilde". Her first big hit in the U.S. was "You Keep Me Hangin' On" which was originally recorded by the Motown group The Supremes. Wilde left RAK and signed with MCA in 1984. Wilde has had several hit singles and albums in Belgium, UK, France, Germany, Australia, the U.S. and other countries all over the world. She has also made a name for herself in the landscaping business making appearances on the program "Better Gardens" and "Garden Invaders." In 1988 Michael Jackson personally picked Kim to be his opening act on the BAD Tour. This tour lasted 4-5 months and Kim earned a reported $2 million. In 1990 Kim bought a house in UK for $500,000 which is rumored to be valued at $5 million today. Kim also owns a vacation house in the South of France.

Wilde was given the birth name of Kim Smith and was born in Chiswick, Middlesex, England in 1960. Her parents were Marty Wilde (a 50's rock and roll singer whose given name was Reginald Smith) and Joyce Baker (member of singing and dance group The Vernons.) Kim Wilde attended Oakfield Preparatory School in Dulwich, Tewin in Hertfordshire and Presdales School in Ware. She also went to St. Albans College of Art and Design. She has two brothers, Ricky and Marty Jr. and one sister, Roxanne. Ricky and Roxanne are involved in the music industry and brother, Marty Jr. is a landscape gardener. Kim Wilde married Hal Fowler and the couple has two children together, Harry Tristan and Rose Elisabeth. 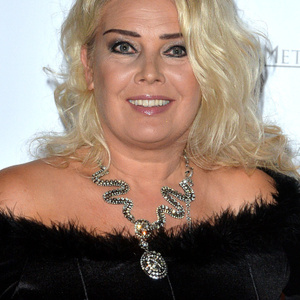