Kim Hyun-a net worth: Kim Hyun-a is a South Korean singer, actress, model, and designer who has a net worth of $10 million dollars. Born in Seoul, South Korea, Kim Hyun-a is currently a student at Konkuk University, where she is majoring in Art/Culture. She first rose to fame while in her early teens, as part of the group, The Wonder Girls.

However, the group's intense touring and recording schedule affected her health, and her parents subsequently removed her from the group. She switched record labels and began performing with the new group, 4Minute, in 2008. In 2010, she also began releasing solo tracks, and released her first mini-album in 2011. The album's debut single, "Bubble Pop", was a hit worldwide. She released her second mini-album, "Ice Cream" in 2012, and also launched her own clothing line. She is also appearing on a South Korean reality series to raise animal awareness, and is the face of multiple clothing, beverage, and car lines. 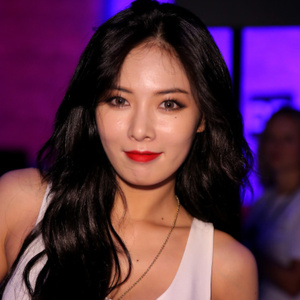