Kim Carnes net worth: Kim Carnes is an American singer-songwriter who has a net worth of $8 million. Kim Carnes was born in Los Angeles, California in July 1945. Carnes started her career as a songwriter in the 1960s while she worked as a session background singer with the Waters sisters. Her debut studio album Rest on Me was released in 1971. Carnes would release a total of 13 studio albums with her most successful being 1981's Mistaken Identity which reached #1 in the US and #2 in Australia. She had success with the singles "More Love", "Make No Mistake (He's Mine)" (with Barbra Streisand), "Crazy in the Night (Barking at Airplanes)", and "I'll Be Here Where the Heart Is". Her song "Bette Davis Eyes" won Grammy Awards for Song of the Year and Record of the Year and was the best-selling single in the US that year. Her song "Love Comes from Unexpected Places" won the American Song Festival and the award for Best Composition at the Tokyo Song Festival. She also sang the theme song for the TV series My Sister Sam. 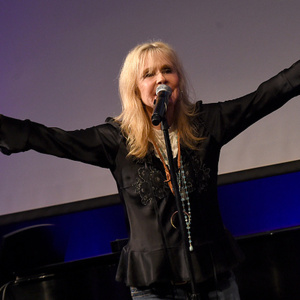