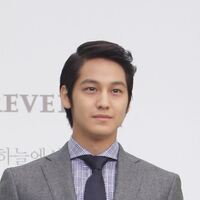 Kim Bum net worth: Kim Bum is a South Korean actor, dancer, model, and singer who has a net worth of $12 million. Kim Bum was born in Seoul, South Korea in July 1989. He is best known for starring as So Yi-jung in the television series Boys Over Flowers. He joined Survival Star Audition and finished in 6th place. His debut studio album Hometown was released in 2012. Bum has starred in the movies Hellcats, Gosa, Death bel, Flight, Young Detective Dee: Rise of the Sea Dragon, Psychometry, Lovers and Movies, and The Beloved. He has also starred in the TV series Rude Women, Unstoppable High Kick, East of Eden, Dream, High Kick Through the Roof, The Woman Who Still Wants to Marry, Padam Padam: The Sound of His and Her Heartbeats, High Kick 3, That Winter, the Wind Blows, Goddess of Fire, The Micro Era of Love, and Hidden Identity.