Kevin Jonas Net Worth: Kevin Jonas is an American musician and actor who has a net worth of $40 million. He is best known for being a member of the rock band the Jonas Brothers, along with his real-life brothers Joe and Nick Jonas.

Early Life: Paul Kevin Jonas II, better known as Kevin Jonas, was born in Teaneck, New Jersey, on November 5, 1987. He was raised in Wyckoff, New Jersey, along with his siblings. He has three younger brothers, Joe, Nick, and Frankie. His mother, Denise Marie (née Miller), formerly worked as a sign language teacher and singer, and his father, Paul Kevin Jonas, Sr., is a former ordained minister at an Assemblies of God church, and also a songwriter and musician.

The Jonas Brothers: In 2005, Columbia Records president Steven Greenberg listened to Nick Jonas's record. He did not like the album, but liked Nick's voice, and after hearing all three of the older Jonas brothers (Kevin, Joe, and Nick) perform together, decided to sign them together as a group act. The Jonas Brothers released their debut studio album, "It's About Time", in August 2006, but it did not perform well. Ultimately, they were dropped by Columbia in early 2007. The brothers quickly signed on with Hollywood Records in February 2007, and released their second album, "Jonas Brothers", in August 2007. This release fared significantly better, and even peaked at No. 5 on the Billboard Hot 200 chart.

Riding the wave of the success of their second album, the Jonas Brothers started appearing on television. Their first on-screen appearance was in an episode of the Disney Channel show "Hannah Montana" titled "Me and Mr. Jonas and Mr. Jonas and Mr. Jonas", on August 17, 2007. They followed this up with a successful appearance in the Disney Channel Original Movie "Camp Rock" (2008), with Joe Jonas in the lead role opposite Demi Lovato. They reprised their roles in the sequel, "Camp Rock 2: The Final Jam" (2010).

In May 2008, the Jonas Brothers debuted their own reality short series on the Disney Channel, "Jonas Brothers: Living the Dream". It ran under September that year, and followed the brothers as they embarked on their "Look Me in the Eyes" tour. A second season of the show followed them on the European leg of their 2009 World Tour. Then, they released their third studio album "A Little Big Longer" in August 2008, and it peaked at No. 1 on the Billboard 200 chart. Kevin began starring alongside his brothers Joe, Nick, and Frankie, on their own Disney Channel Original Series, "Jonas". The show ran from May 2009 to October 2010 for two seasons (under the name "Jonas L.A." for the second season). Not only do the brothers (and their younger brother Frankie) star as exaggerated, fictionalized versions of themselves on the show, their body guard on the show is played by Robert "Big Rob" Feggans, who was working as their real-life head of security at the time! The Jonas Brothers released their fourth studio album, "Lines, Vines, and Trying Times", in June 2009. The Jonas Brothers left their label Hollywood Records in May 2012, and subsequently revealed that they had bought all the rights to their own music. Then, from August 2012 to May 2013, Kevin and his wife Danielle starred in an E! reality series, "Married to Jonas", documenting their domestic life. His brothers were also featured on the show. 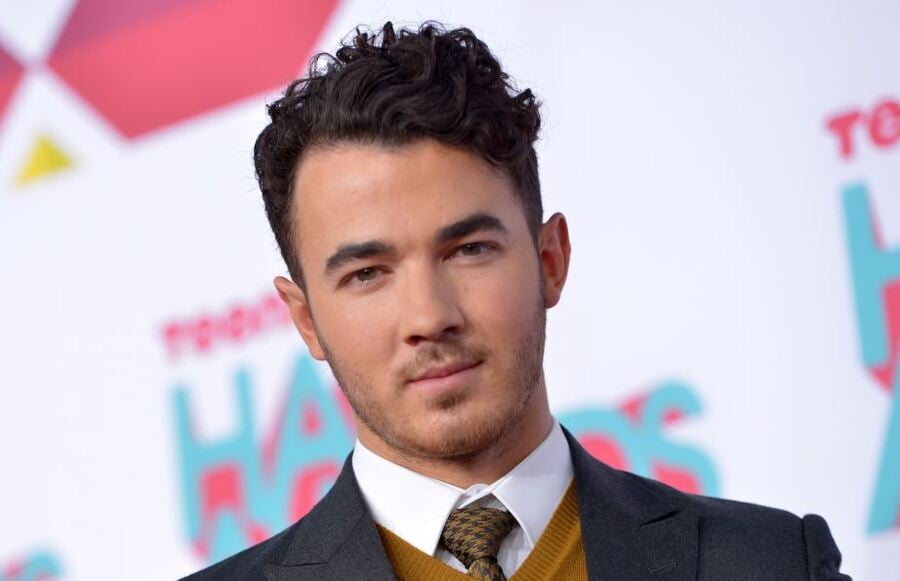 The band announced that they were breaking up in October 2013 due to "creative differences", and each of the brothers embarked on their own various pursuits. They reunited in February 2019, almost six years after disbanding, with the new single "Sucker". They released the documentary, "Chasing Happiness" (2019), which covers materials like the brothers' childhoods, how they started as a band, what let to them disbanding, and why they got back together again. Their fifth studio album, "Happiness Begins", was released on June 2019.

Other Ventures and Projects: Outside of music, Kevin is the founder of a real estate development company called JonasWerner. He is also the CEO of a communication/social media firm called The Blu Market company, and created a food app called Yood in 2015. He worked on many of these ventures during the time that the Jonas Brother band was broken up. Additionally, he was on the seventh season of the reality competition series "Celebrity Apprentice" (2014), although he was eliminated in the second episode, and made an appearance on a 2014 episode of the reality show "The Real Housewives of New Jersey" as a contractor working on Kathy Wakile's house. Kevin and his wife Danielle previously partnered with the brand Dreft to launch an app, Amazing Baby Days, that helped couples capture all of the little moments throughout pregnancy and into the first year of their child's life. As part of this partnership, Danielle live tweeted the birth of their first daughter.

Personal Life: While on vacation with his family in the Bahamas in May 2007, Kevin met Danielle Deleasa, who was also on vacation with her family. At the time, she was working as a hairdresser. They got married on December 19, 2009, at Oheka Castle in Huntington, New York. Together, they have two daughters: Alena Rose Jonas, born on February 2, 2014; and Valentina Angelina Jonas, born on October 27, 2016. In September 2018 Kevin listed his New Jersey mansion for $2.5 million. The home found a buyer very quickly for $2.25 million. 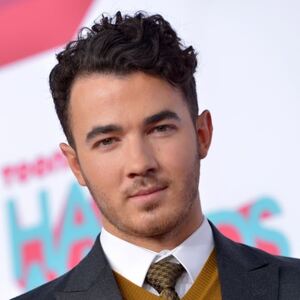