Kevin Cronin net worth: Kevin Cronin is an America musician who has a net worth of $25 million. Kevin Cronin earned his net worth as the lead vocalist and rhythm guitarist for the band REO Speedwagon. Cronin was born on October 6, 1951 in Evanston, Illinois. Kevin is responsible for writing many of REO Speedwagon's biggest hits including "Keep on Loving You", "I Can't Fight This Feeling", "Time for Me to Fly", "Don't Let Him Go" and "Music Man".

In March 2008 he was a contestant on the television show Don't Forget the Lyrics! He earned $350,000 before he forgot the words to the Donna Summer song "Last Dance". Kevin Cronin and his wife Lisa have a son named Paris. Cronin also has a daughter named Holly, as well as two sons, Josh and Shane who were born on July 29, 2010. Kevin appears on an informical for the Ultimate Rock Ballads CD by TimeLife which features songs from REO Speedwagon, from the 1980's during the band's rise to success. Kevin and the band still continue to perform today. 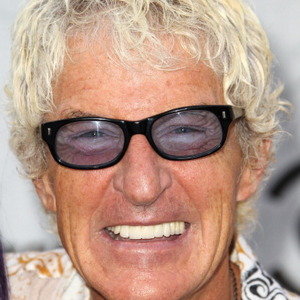