Kerli Kõiv net worth: Kerli Kõiv is an Estonian singer and songwriter who has a net worth of $8 million. Kerli Kõiv was born in Elva, Estonia in February 1987. She entered various singing competitions and was signed by Island Records in 2006. Kerli released her debut studio album Love Is Dead in 2008.

She has also released the EPs Kerli in 2007 and Utopia in 2013. Kerli had success with the single "Walking on Air". Her singles "Army of Love" and "The Lucky Ones" reached #1 on the US Dance chart and her single "Zero Gravity" reached #6 on the same chart. She performed twice on the reality TV series Dancing with the Stars in 2013 and left Island Records to sign with Ultra Music the same year. Kerli has won five Estonian Music Awards. 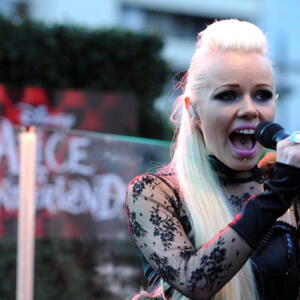