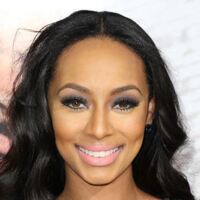 What is Keri Hilson's net worth?

Keri Hilson is an American singer, songwriter and actress who has a net worth of $5 million dollars. Keri Hilson began her career writing hit songs for other artists. Her debut solo album, released in 2009, went Gold, and net her her two Grammy nominations. She is a regular guest performer on other artists albums, including Timbaland, Nas, and Sean Paul.

Keri first broke into the music scene at age 14 when she signed a record deal with girl group D'Signe. Hilson spent most of her teenage years as a songwriter and background vocalist for the likes of Usher, Ludacris, Kelly Rowland, Toni Braxton and Ciara. She became a member of the songwriting and production team known as The Clutch and co-wrote songs such as Mary J. Blige's "Take Me as I Am" and Britney Spears' "Gimme More". In 2006, Hilson was signed to Timbaland's record label Mosley Music Group. Her debut album "In a Perfect World" in March 2009 hit the Billboard 200 chart at #4, hit #1 on the Top R&B/Hip-Hop Albums chart and had a first-week sales tally of 94,000 copies. By October 2009, the album went gold. Hilson made her film debut in 2012 in the romantic comedy film "Think Like a Man".

Keri Lynn Hilson was born on December 5th, 1982 in Decatur, Georgia. Her mother owned and operated a day care center, and her father worked as a developer in the U.S. Army. She grew up in a predominately African-American neighborhood that she described as somewhat rough. Her parents decided to send her and her four siblings to a school over an hour away because they wanted them to receive a better education. She knew at the age of twelve that she wanted a career in music and was inspired by the singing competition show "Star Search." Her mother paid for her to take piano lessons, but Hilson used the lessons to practice her vocals while the instructor played the piano. When she was just fourteen, she secured a recording deal with the girl group D'Singe, which later disbanded. The first song she penned was "Jump," which she wrote for Japanese artist Michico's debut album "I Do." As a teenager, she worked as a background vocalist and songwriter for producer Anthony Dent. She sung background vocals for artists including Usher, Ludacris, Kelly Rowland, Ciara, Polow da Don, Toni Braxton. She attended Tucker High School in DeKalb County, Georgia. After graduating, she enrolled at Oxford College and then at Emory University in Atlanta where she studied theater.

Hilson received her first major paycheck of $25,000 in 2002 for her work on Reuben Studdard's first album, "Soulful." During this time, she ceased working for Anthony Dent and began working more for rapper and music producer Polow da Don. In 2004, she joined the Atlanta based songwriter and record producing group referred to as "The Clutch," which included Nicole Scherzinger, Menudo, and Chris Cornell. The collective was responsible for hits such as Mary J. Blige's "Take Me as I Am," The Pussycat Dolls' "Wait A Minute," and Britney Spears' "Gimme More." After Hilson was introduced to Timbaland in 2006, he signed her to his label, Mosley Music Group. She was subsequently featured on rapper Loyd Banks' single "Help," which was from his 2006 album "Rotten Apple." In the following year, she was featured on Timbaland's worldwide hit "The Way I Are" as well as on his collaboration single with Nicole Scherzinger "Scream." In 2008, she made appearances in Usher's music video for the single "Love in This Club" and Ne-Yo's music video for his single "Miss Independent," and both songs were hits.

In March of 2009, Hilson released her debut solo album "In a Perfect World…." Stylistically, the album was a mixture of pop and R&B, and it debuted at no. 4 on the Billboard album charts. By April of that year, the album had been certified gold. The first single from the record "Energy" was released in May and peaked at no. 78 on the Billboard Hot 100. The track also charted in the United Kingdom and in New Zealand. The single featuring Lil Wayne "Turnin Me On" was the record's second single, and it peaked at no. 15 on the Billboard Hot 100. The album's third single "Knock You Down," which featured Ne-Yo and Kanye West, was its most successful and peaked at no. 3 on the Billboard Hot 100. The song was an international hit, and it charted in the United Kingdom, New Zealand, Canada, Ireland, and The Netherlands. After the success of her album, she joined The Gym Class Heroes, Gorilla Zoe, and T-Pain as supporting acts on Lil Wayne's "I Am Music Tour." In 2009, she won a BET Award for Best New Artist. 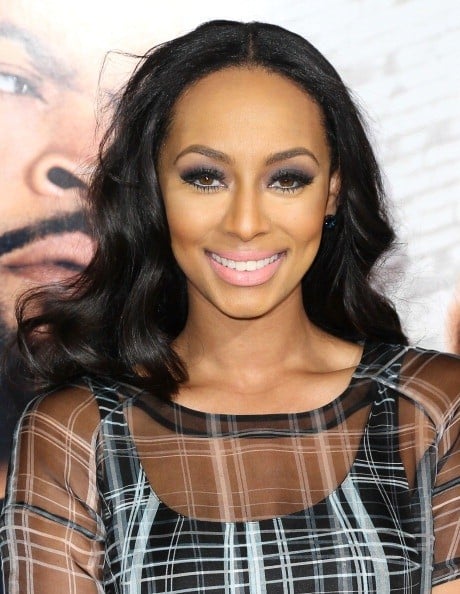 In 2010, Hilson became the new face of the personal care and beauty product brand Avon. That same year saw the release of her second album, "No Boys Allowed." It debuted at no. 11 on the Billboard album charts, and the single "Pretty Girl Rock" peaked at no. 24 on the Billboard Hot 100. She received two nominations at the 2011 BET Awards for her work generally as an R&B artist and for the music video for "Pretty Girl Rock." In the summer of 2011, she joined Lil Wayne for the second leg of his "I Am Music Tour," and she announced that she had begun working on her third studio album. However, she continued to postpone the album's release, but its title "L.I.A.R." was leaked to the public in 2016. She later confirmed that "L.I.A.R." was the album's title and that it stood for "Love Is a Religion." Over a decade later, the album has yet to be released.

In addition to her career as a musician, Hilson has appeared in several films and over twenty music videos. She was cast in a minor role in the 2012 romantic comedy "Think Like a Man," which starred Chris Brown, Gabrielle Union, and Kevin Hart. In the following year, she had another minor role in the action film "Riddick." In 2016, she returned to the big screen with small part in the Christmas themed film "Almost Christmas," which also featured Danny Glover, Gabrielle Union, and Mo'Nique. She received her first supporting role the following year in the television movie "Love by the 10th Date."

Hilson is an active philanthropist and has supported a variety of charitable causes. In 2010, she collaborated with Akon on his single "Oh Africa," and all of the song's proceeds were donated to underprivileged African youths. Later in 2010, she performed at a benefit concert to help support Haiti with the aftermath of a devastating earthquake, and she was one of the artists featured on a charity track "We Are the World 25 for Haiti." She has supported increased access and quality of education and has been active in raising awareness for HIV and AIDS.