What was Kenny Rogers' Net Worth?

Kenny Rogers was an American country singer, songwriter, actor, producer, photographer, and entrepreneur who had a net worth of $250 million at the time of his death on March 20th, 2020. Known across the world as one of the true legends of the country music genre, Rogers sold over 165 million records worldwide and released over 65 albums.

Although he has passed away, Kenny made a lasting impact on the music world, becoming one of the best-selling artists of all time over the course of his career. Over the decades, Rogers released albums that spanned many different genres, including jazz, folk, pop, rock, and country. Outside of music, Kenny Rogers enjoyed a considerable acting career.

Kenneth Ray Rogers was born on August 21st of 1938 in Houston, Texas. His father was a carpenter, and his mother was a nurse's assistant. He attended high school in Houston and started winning talent shows at an early age. While growing up, he worked a number of odd jobs – sometimes making as little as $9 per week. After graduating from high school, Rogers attended the University of Houston.

Kenneth Rogers began his musical career in the 1950s and experimented with a range of musical styles before gaining a foothold in the industry. He gained considerable early attention for his 1957 hit "That Crazy Feeling" before experimenting with jazz, country-pop, and psychedelic rock over the next few years. During the 60s, Rogers joined a jazz group called the "Bobby Doyle Three." Although the group ultimately disbanded after a few years, they gained significant exposure with the hit "Here's That Rainy Day."

Towards the end of the 60s, Rogers started working as a producer, writer, and session musician for other artists. He then joined the group the New Christy Minstrels as a double bass player – but soon left after the band failed to become successful. He and a few members of the group subsequently created the First Edition, a group that was later renamed "Kenny Rogers and the First Edition." This band successfully released a number of hits, including "Just Dropped In (To See What Condition My Condition Was In)." The track was famously featured during a memorable dream sequence in the film "The Big Lebowski," starring Jeff Bridges.

Kenny Rogers and the First Edition also released many other hits during this period, including "But You Know I Love You," "Ruby, Don't Take Your Love to Town," "Tell It All, Brother," "Rueben James," and "Something's Burning." When the group disbanded in 1976, Kenny Rogers embarked on a solo career and successfully appealed to both pop and country audiences.

His first album as a solo artist was "Love Lifted Me." The title track and many others charted well, and Rogers followed up with a self-titled album later in 1976. His single "Lucille" was a major hit and topped the charts in 12 countries. Due to this mainstream success, many of Rogers' albums went platinum over the next few years. Towards the end of the 1970s, Kenny Rogers started to collaborate with Dottie West on a number of projects, including tracks such as "Every Time Two Fools Collide," "Anyone Who Isn't Me Tonight," "What Are We Doin' in Love," "All I Ever Need Is You," and "Till I Can Make It On My Own." This successful spree came to an end in 1991 when West was killed in a car accident.

Throughout the 1980s, Rogers teamed up with singers like Dolly Parton, Kim Carnes, Sheena Easton, Lionel Richie, and Lynda Carter for a number of successful hits. Richie collaborated with Rogers on songs like "Lady" and the album "Share Your Love." Sheena Easton featured on Rogers' hit "We've Got Tonight" that charted extremely well. Towards the end of the decade, he won a Grammy Award for Best Country Collaboration with Vocals for his track "Make No Mistake, She's Mine," featuring Ronnie Milsap.

After signing with Capitol Records in the 2000s, Rogers bounced back and started creating hits once again. He also toured extensively during this period. In 2013, he was inducted into the Country Music Hall of Fame. After releasing the album "You Can't Make Old Friends" in 2013, Rogers announced that he would retire at the end of his "The Gambler's Last Deal" tour in 2015. 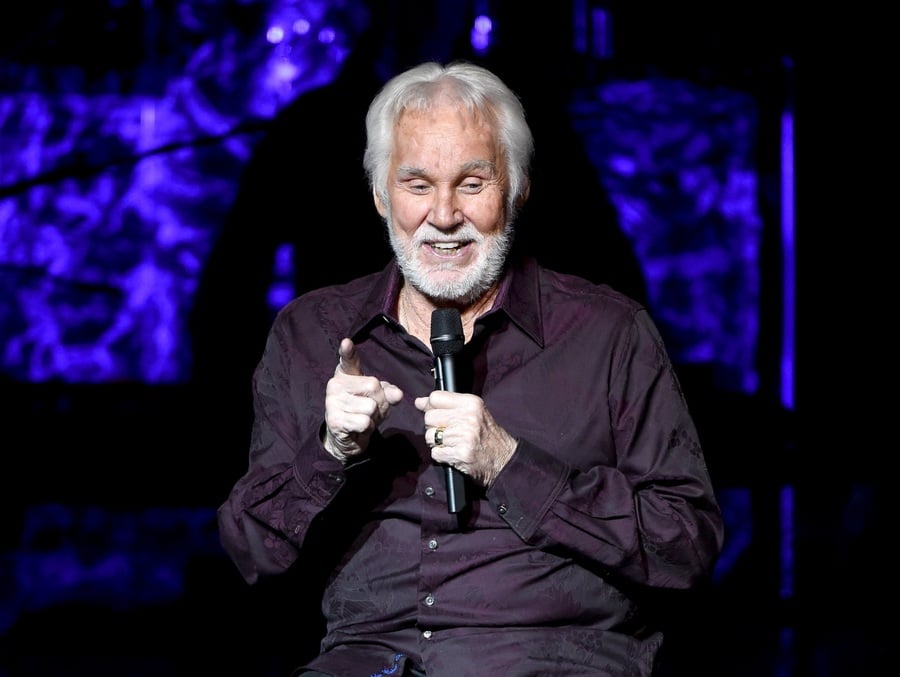 Kenny Rogers was famous for having a pet goat named Smitty. He purchased the goat from a friend in 2008, and over the next few years, the two became incredibly close. Smitty was said to help Rogers reach a state of tranquility after long, stressful periods on the road when touring.

Kenneth was married a total of five times over the course of his life. His first marriage was to Janice Gordon in 1958, and they divorced in 1960 after having one child together. The same year the divorce was finalized, Rogers married his second wife, Jean. The marriage lasted for three years before ending in divorce in 1963. He was then married to Margo Anderson from 1964 to 1976. Over the course of their marriage, the couple had one child together.

By 1977, Kenneth Rogers had remarried Marianne Gordon. This marriage lasted until 1993, and the couple had one child together before divorcing. His fifth and final marriage was to Wanda Miller in 1997. Wanda gave birth to twins, and the couple stayed together for 22 years until Roger's passing.

On March 20th, 2020, Kenneth Rogers died from natural causes. He was living out his last days under hospice care in Sandy Springs, Georgia. After the musician's passing, his family announced plans to hold a public memorial after the coronavirus restrictions had been lifted.

In 2018, Rogers sold his 13,000 square-foot home in northern suburbs of Atlanta for  $2.383 million. He purchased the 1.5-acre estate in 2012 for $1.5 million and first put it up for sale in 2014 for $4.8 million. The Mediterranean-inspired house has six bedrooms and 10 fireplaces. In addition, Rogers' real estate portfolio once included two luxurious Californian properties in Bel-Air and Beverly Hills, respectively. 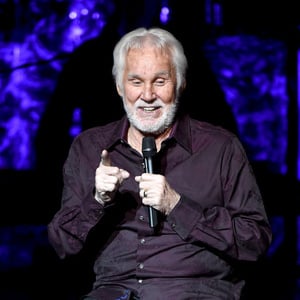