Kenny Lattimore was born in Washington, D.C. on April 10, 1970. He became interested in a career in music while performing with his high school band in Maryland. He went on to graduate from Howard University, and then began working as a session vocalist for the group, Maniquin. Maniquin invited him to join the group as lead singer, and they went on to release one album in 1989.

He released his debut solo album in 1996. The album spawned two Top 20 hits, and was subsequently certified Gold. He released two more successful albums in the late 90s and early 2000s. He then began recording as a duo with his wife, singer Chante Moore. They released two successful albums in the early 2000s. Their second album, "Uncovered/Covered", debuted at #10 on the Billboard R&B charts, and at #2 on the Gospel charts.

Kenny released another solo album titled "Timeless", in 2008. Around this time he also launched his own record label. He continues to release albums and singles.

Kenny received a bump in popularity in March 2020 thanks to a memorable scene in the Michael Jordan documentary "The Last Dance". In footage, which was filmed during the 1998 NBA Finals, Michael is seen bumping his head to music in the back of the team bus while wearing headphones. Michael tells the camera that he's listening to the new Kenny Lattimore that no one has heard yet because he gets the albums straight from Kenny. The shot of Michael jamming to the music quickly became a meme.

Personal Life: Kenny and Chante Moore were married from 2002 to 2011. They have one child together, a son named Kenny Lattimore Jr. 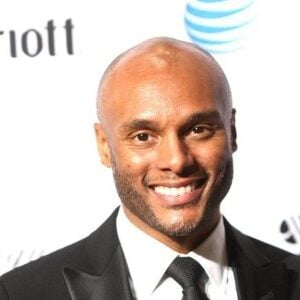