What is Kenny Chesney's Net Worth?

Kenny Chesney is an American country music singer, songwriter and musician. Kenny Chesney has a net worth of $180 million. Chesney has released 19 studio albums and won many major awards, including CMA Awards and Billboard Music Awards. With record sales of more than 30 million and dozens of hit singles on the "Billboard" Hot 100, US "Billboard" Hot Country Songs, and Country Airplay charts, Kenny has enjoyed great success as a country crossover artist. Chesney also co-directed and produced the football documentary "The Boys of Fall" for ESPN.

In touring years, Kenny is easily one of the highest-paid entertainers in the world. For example, between June 2017 and June 2018, Kenny Chesney earned $40 million.

Kenny Chesney was born Kenneth Arnold Chesney on March 26, 1968, in Knoxville, Tennessee. His mother, Karen, worked as a hair stylist, and his father taught at an elementary school. Kenny grew up in Luttrell and has a younger sister, Jennifer. Chesney taught himself to play guitar after receiving one as a Christmas gift, and he played football and baseball at Gibbs High School, graduating in 1986. He then enrolled at East Tennessee State University, earning a degree in advertising in 1990; as a college student, he joined the Lambda Chi Alpha fraternity and the ETSU Bluegrass Program. Kenny recorded a demo in 1989 and sold 1,000 copies to members of the audience when he performed at Johnson City clubs. He moved to Nashville after graduation and began performing at local clubs, becoming the resident performer at a honky-tonk bar called The Surf.

In 1992, Chesney auditioned for Troy Tomlinson of Opryland Music Group and went home with a songwriter's contract. The following year, he was signed to Capricorn Records after a songwriter's showcase, and in 1994, he released his debut album, "In My Wildest Dreams," which sold 10,000 copies before Capricorn closed its Nashville country music division. Kenny released the album "All I Need to Know" in 1995 after signing with BNA Records; the album went gold, and singles "Fall in Love" and "All I Need to Know" were Top 10 hits on the "Billboard" Hot Country Songs chart. In 1996, Chesney released the certified platinum "Me and You," which earned him a New Male Vocalist of the Year award from the Academy of Country Music. He followed "Me and You" with 16 more studio albums, including the 4x platinum "No Shoes, No Shirt, No Problems" (2002) and "When the Sun Goes Down" (2004) as well as the holiday album "All I Want for Christmas Is a Real Good Tan" (2003). Several of Kenny's singles have reached #1 on the Hot Country Songs chart, including "She's Got It All" (1997), "There Goes My Life" (2003), "Don't Blink" (2007), and "The Boys of Fall" (2010).

Chesney has collaborated with several popular artists. He performed a cover of Hank Williams' "Hey Good Lookin" with Jimmy Buffett, Alan Jackson, George Strait, Clint Black, and Toby Keith for Buffett's 2004 album "License To Chill" and appeared on the album's title track. Tracy Lawrence recruited Kenny and Tim McGraw to perform on "Find Out Who Your Friends Are" when he was recording his 2007 album "For the Love," and Chesney co-wrote Rascal Flatts' single "Take Me There" with Wendell Mobley and Neil Thrasher in 2007. Reba McEntire's 2007 album "Reba" included a duet with Kenny called "Every Other Weekend, and some of his own singles have featured artists such as P!NK, Dave Matthews, George Strait, and Tim McGraw.

During an April 2008 concert at Williams-Brice Stadium in Columbia, South Carolina, several bones in Chesney's right foot were crushed when it was caught between the stage and a hydraulic lift during the beginning of his performance. Despite the incredible amount of pain he was in, Kenny finished the concert, and he decided to keep a doctor on standby at every concert rather than cancel any tour dates. 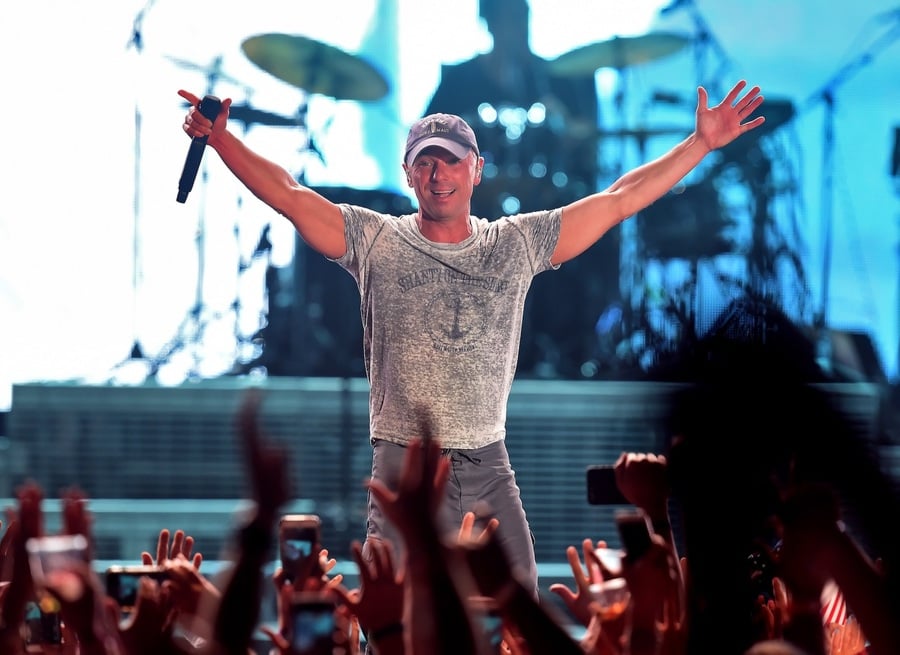 Kenny married actress Renée Zellweger on May 9, 2005, four months after meeting her at a tsunami relief event. In September of that year, the couple announced that they were annulling the marriage, with Renée listing fraud as the reason for the annulment on court papers. The union officially ended in December 2005.

In 2000, Chesney and Tim McGraw were arrested after getting in a scuffle with New York police officers after Kenny climbed on top of a police horse and rode away. They charged Chesney with disorderly conduct and McGraw with assault, but both men were acquitted the following year.

In 2017, Kenny formed the Love for Love City Foundation to help victims of Hurricane Irma. Though Chesney was in Nashville when the category 5 storm hit, he let several friends seek shelter in his mansion in the Virgin Islands; his friends all survived, but the hurricane destroyed the home.

He has also owned several homes in St. John in the Virgin Islands, and a home rumored to belong to him sold for $4.752 million in 2007. 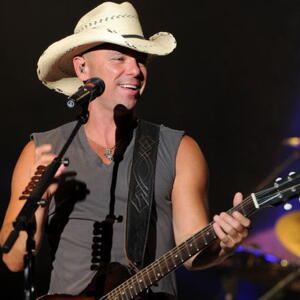