Kem net worth: Kem is an American singer, songwriter, and producer who has a net worth of $1 million. Kem was born in Nashville, Tennessee. After he graduated high school he battled addition and was homeless. Kem produced, wrote, and financed his self-released debut album Kemistry. The album was re-released by Motown records in 2003 and reached #14 on the US R&B and #90 on the Billboard 200 charts.

The album was also certified Gold in the US. His second album Album II was released in 2005 and reached #1 on the US R&B and #5 on the Billboard 200 charts and was certified Platinum in the US. Kem's third album Intimacy: Album III was released in 2010 and was certified Gold in the US. The album reached #2 on the both the Billboard 200 and US R&B charts. Kem's fourth album Promise to Love was released in 2014 and reached #1 on the US R&B chart and #3 on the Billboard 200 chart. His singles include "Love Calls", "I Can't Stop Loving You", "Find Your Way (Back in My Life)", "Into You", "Why Would You Stay", "Share My Life", "If It's Love", "You're On My Mind", "My Favorite Thing", and "It's You". Kem won a Billboard Music Award in 2005 for Top Adult R&B Single of the Year. He was nominated for two Grammy Awards in 2011. 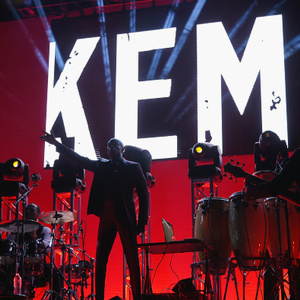